Directions had been given to the administration not to use force 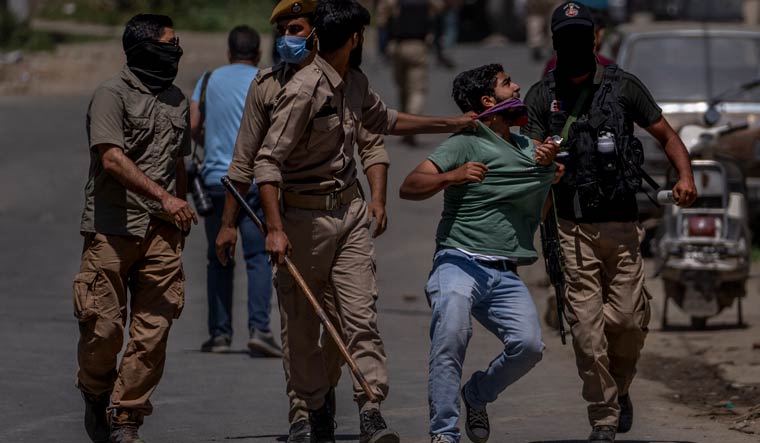 Jammu and Kashmir Lieutenant-Governor Manoj Sinha on Sunday announced he had ordered that the special investigation team (SIT) probing the killing of Rahul Bhat, a Kashmiri Pandit, would also investigate the lathi-charge on protesters.

Bhat was gunned down by terrorists inside a government office in Chadoora town on May 12. His killing had provoked protests by Kashmiri Pandits. The police cracked down on protesters in Budgam firing teargas and resorting to lathi-charge.

On Sunday, Sinha said Bhat's killing was a “targeted” attack and the SIT would probe it from all angles. He added the SIT would also investigate the use of force against the Kashmiri Pandit protesters. He said directions had been given to the administration not to use force anywhere.

Reports said action would be taken against those officials who ordered police action on the protesters.

Meanwhile, a delegation of members of the BJP unit in Jammu and Kashmir met Sinha in Srinagar to discuss security of Kashmiri Pandits and other minority communities in the valley. BJP J&K unit president Ravinder Raina told ANI “We had discussion with L-G on the way Kashmiri Pandits are targeted by Pakistan terrorists. Such government employees working in Kashmir's terrorism-affected areas must be transferred to safer zones.” Raina revealed Sinha had said he would make a nodal cell to ensure safety of Kashmiri Pandits.

Raina added that Sinha said he would visit camps of Kashmiri Pandits that were created under a package announced by the prime minister.