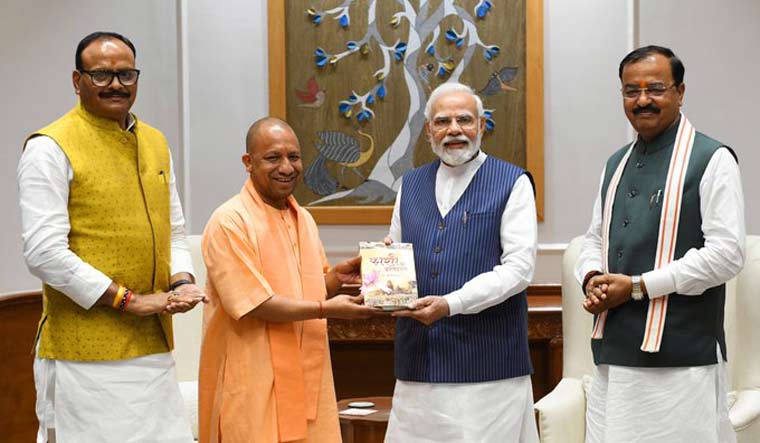 "Met Chief Minister of Uttar Pradesh Yogi Adityanath and Deputy Chief Minister Keshav Prasad Maurya and Brajesh Pathak. Discussed various matters related to the development of the state. Their commitment towards public and country will lead the state towards new milestones of development," Modi tweeted.

The chief minister and his deputies also met President Ram Nath Kovind and Home Minister Amit Shah. This was Yogi's first visit to the national capital after being sworn in as the chief minister for the second consecutive term.

He had met Modi on March 13 to discuss government formation after the Bharatiya Janata Party returned to power with a landslide victory in the Assembly elections. The BJP won 255 seats while its allies Apna Dal (Sonelal) and the Nirbal Indian Shoshit Hamara Aam Dal (Nishad) bagged 12 and six seats respectively, in the 403-member House.