OPS's brother expelled from AIADMK a day after he met Sasikala

Three other functionaries dismissed by the party 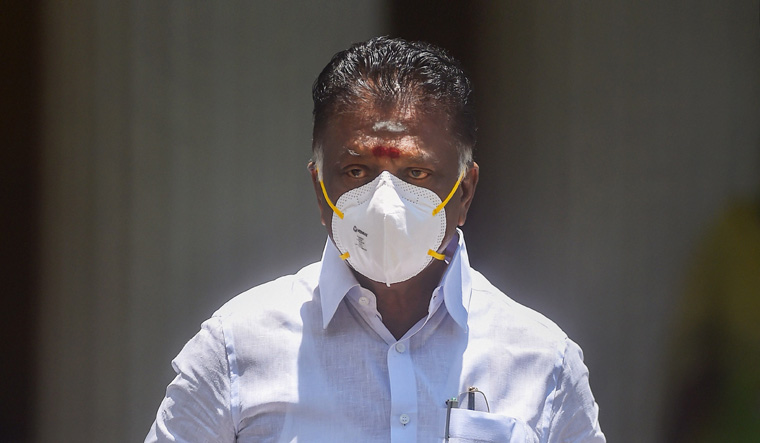 A day after he called on V.K. Sasikala and held discussions with her over party related matters, O. Raja, AIADMK top leader O. Panneerselvam's (OPS) brother was on Saturday expelled from the party.

Raja was removed from the party's primary membership for violating party discipline and working against the party principles, AIADMK coordinator Pannerselvam and co-coordinator 'Edappadi' K. Palaniswami (EPS) said in a joint party statement.

When asked on his expulsion from the party, Raja asked, "who are they to expel me?." He claimed that his expulsion is 'not valid' adding he is in the AIADMK since the days of party founder M G Ramachandran.

In a disciplinary action, three other functionaries, also belonging to Theni district like Raja were dismissed by the AIADMK.

Confidante of late AIADMK matriarch J Jayalalithaa, Sasikala was eased out from the party years ago.

Sasikala embarked on a two-day tour of southern Tamil Nadu on March 4 and her supporters have been visiting her. Raja called on her at the temple town of Tiruchendur on Friday and had discussions with her for about 30 minutes.

He told reporters in southern Theni that as far as he was concerned it was Sasikala, who is the party's general secretary, the chief.

On what transpired at the meeting with Sasikala, Raja said he and others requested her to lead the AIADMK and she expressed happiness about it.

She has spoken about unity and had not expelled anyone from the party, he said. She was only for strengthening the party and welcomed all leaders including OPS and EPS.

On his further course of action, Raja said that it is all about Sasikala helming the AIADMK.

Asked if he informed OPS about his meeting with Sasikala, he shot back asking 'why he (OPS) should know?

Raja said he did not inform his elder brother OPS about his meeting with Sasikala and that he called on her in his capacity as a party worker.

On the second day of her southern Tamil Nadu tour, Sasikala was accorded a warm welcome by her supporters at many places including Kadayanallur and Ilanji near Tenkasi. She offered prayers at a number of temples as part of her visit.

The AIADMK, continuing its action against party functionaries who worked against the organisation in the indirect polls to elect chairpersons of urban local bodies, the main opposition party expelled over 2 dozen office-bearers in Theni district. Seven others were expelled in Namakkal district for the same reason.