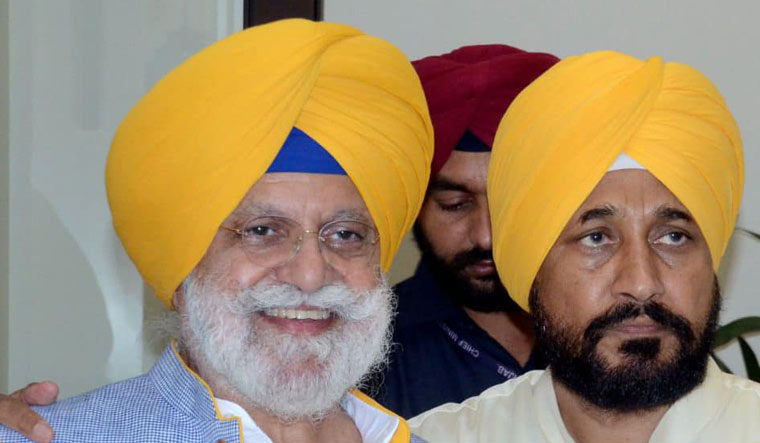 The Congress infighting in Punjab is heating up, this time with influential minister Rana Gurjit Singh at the centre of it. Rana Gurjit has reportedly been campaigning for his son Rana Inder Pratap Singh, who decided to contest as an independent from Sultanpur Lodhi after the Congress denied him a ticket and fielded sitting MLA Navtej Singh Cheema from the constituency; Rana Gurjit is a three-time MLA from the neighbouring Kapurthala. The Indian Express reported a TV channel debate in Punjab on January 20, "full of cuss words and wild allegations", with leaders of the Congress on both sides slugging it out over the same ticket.

In a larger sense, there has been discontent in Punjab Congress after the candidate list was announced. After the first list of candidates was announced, some leaders objected to denial of tickets. Chief Minister Charanjit Singh Channi's brother Manohar Singh has already announced to contest as an independent from Bassi Pathana while Moga MLA Harjot Kamal left the Congress and joined the BJP. Former MP Mohinder Singh Kaypee is also upset over not being given the ticket from Adampur seat while Nimisha Mehta, who was denied ticket from Garhshankar seat, has joined the saffron party. Former jails minister Sarwan Singh Phillaur and his son Damanvir Singh quit the Congress and joined the Shiromani Akali Dal (Sanyukt).

In the Rana Gurjit incident, four Punjab Congress leaders had shot off a letter to party's national president Sonia Gandhi, seeking state minister Rana Gurjit Singh's expulsion from the party while alleging that he is "weakening" it in several segments ahead of the assembly polls.

"Though we are apprising the state leadership of the party about his anti-party activities, unfortunately he was reinstated in the Punjab Cabinet instead of taking action against him," said Cheema in the letter, a copy of which has also been sent to party leaders Rahul Gandhi, Harish Choudhary and state Congress chief Navjot Singh Sidhu.

Rana Gurjit Singh, who had resigned in the Amarinder Singh-led regime following allegations of his involvement in sand mining auctions in 2018, was again made the minister after Charanjit Singh Channi became the chief minister last year.

"Rana Gurjit Singh, who resigned as a minister in 2018 from the Punjab Cabinet for his alleged involvement in a sand mining scam in the state, is trying his best to destroy the winnability of the Congress Party in the forthcoming elections," alleged Cheema. "Madam, after being re-appointed as minister, Rana Gurjit Singh, while showing arrogance, has declared his son Rana Inder Partap Singh as an independent candidate against the two-time Congress MLA of Sultanpur Lodhi, Navtej Singh Cheema," read the letter.

Cheema said this was nothing but a "gross violation" of party discipline as well as equal to "stabbing". "He is doing this because he is playing into the hands of opposition parties, especially the BJP. He has close ties with the BJP due to his liquor business and sugar mills situated in Uttar Pradesh, Punjab and other states," alleged Cheema.

He alleged that Rana Gurjit Singh has "conspired" with the BJP and former chief minister Amarinder Singh to "destroy" the Congress in Punjab.