Since 2019, there have been whispers of Aditi switching to the BJP camp 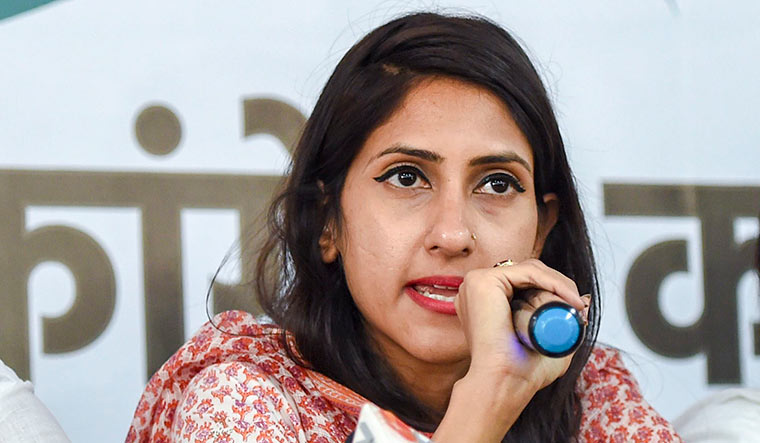 Ahead of Uttar Pradesh 2022 elections, Rae Bareli Congress MLA Aditi Singh officially tendered her resignation. She had joined the BJP in November 2021.

Since 2019, there have been whispers of Aditi switching to the BJP camp. She had then failed to respond to a show-cause notice issued by the party twice, after she defied whip and attended a special session of the Vidhan Sabha on October 2, 2019. She had skipped a roadshow led by Priyanka Gandhi in Rae Bareli to attend the session which the Congress-led opposition had boycotted. "Traitors of the party should resign"—the banners held aloft by protesting Congress workers read, after Aditi gave Priyanka's visit to her constituency a miss.

Aditi rubbed more salt into Congress's wound by praising Chief Minister Yogi Adityanath for the “development” of her constituency. A day later, she was given Y-plus security by the state government.

Her relation with the party worsened after she openly endorsed the Narendra Modi government's decision to scrap provisions of Article 370 and bifurcate the state of Jammu and Kashmir into two Union territories.

Her frequent meetings with Adityanath and her presence at the special assembly session had triggered speculations that she might join the saffron party.

Aditi made her debut in politics in 2017 and contested the Uttar Pradesh Assembly election on a Congress ticket to defeat her nearest contender (Bahujan Samaj Party candidate Shabaj Khan) by over 90,000 votes.

Before joining politics, Aditi was involved in social work. She was educated in Delhi and Mussorie, and later attained her degree in management from Duke University in the US.