Key points from the India State of Forest Report 2021 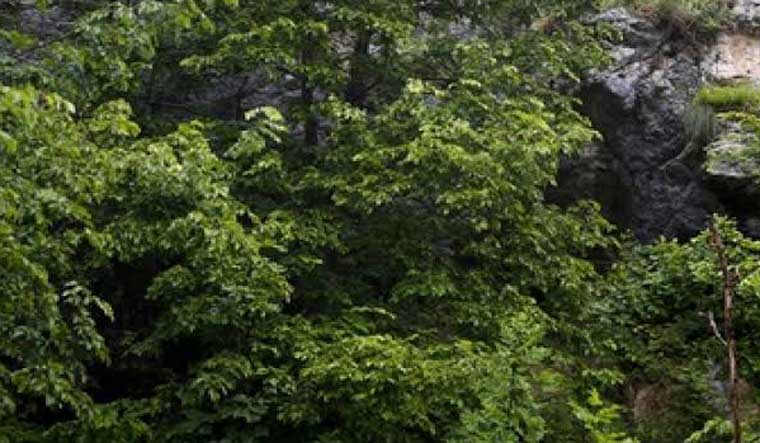 On January 13, the Ministry of Environment, Forest and Climate Change released the biennial India State of Forest Report (ISFR) 2021 on January 13. From the state-wise increase or loss of forest covers, mangrove ecosystem, carbon stock, climate change hotspots, to forest fire monitoring, the ISFR-2021 examines the state of forests across the nation.

Sharing the findings, Union Environment Minister Bhupender Yadav said the total forest and tree cover of the country is 80.9 million hectares, which is 24.62 per cent of the geographical area of the country.

“We are entering the second phase of the Green Mission, the ministry has taken several decisions for increasing forest conservation and people participation. To achieve India’s aim of increasing the additional carbon sink of 2.5 to 3 billion tonnes CO2 equivalent by 2030, Nagar Van Yojna has been introduced to increase the tree cover and joined with the second phase of Green Mission in the next five years,” said Bhupender Yadav.

He emphasized the government's focus is not just to conserve the forests quantitatively, but to enrich them qualitatively. However, the report asserts the loss of natural dense forests across the nation.

What are the key findings?

In the Northeast, Arunachal Pradesh, Manipur, Meghalaya, Mizoram and Nagaland have a decrease in forest cover.

With a total of 4,992 sq km of mangrove cover, the nation has had an increase of 17 sq km over the past two years.

The survey has found that  35.46% of the forest cover is prone to forest fires, with 2.81% being extremely vulnerable.

The increase in the forest covers shown in the report is not uniform. The Forest Survey of India classifies India’s forests into three categories:

Scrubs (tree canopy density less than 10 per cent) are also surveyed but do not fall under the category of forests. Though the very dense forests have an increase of 501 sqkm, it accounts for the fact that these are protected and reserved forests. The issue is with the 1,582 sqkm decline in the moderately dense forest or the “natural forests” and an increase of 2,621sq km in open forest areas. The scrub area also has an increase of 5,320 sq km. According to the experts, these numbers point to the degradation of the nation’s forests.

The report stated that 17 states/UTs have above 33 per cent of their geographical area under forest cover. Out of these Lakshadweep, Mizoram, Andaman & Nicobar Islands, Arunachal Pradesh and Meghalaya have over 75 per cent forest cover.

The reason for the increase in the forest cover in states like Andhra Pradesh is plantation and agroforestry.

The Northeast region being repositories of biodiversity, this decline caused by natural calamities, shifting agriculture and deforestation will indeed affect the region’s water resources and will have an increased effect on landslides, as per the report.

The report also estimates that by 2030, the Indian forests will be adversely affected by climate change and rise in temperature and forests in states except for Assam, Meghalaya, Tripura and Nagaland will be climate hot spots. Ladakh will also be negatively affected.