Temple town falls in Awadh region, where SP has been traditionally strong 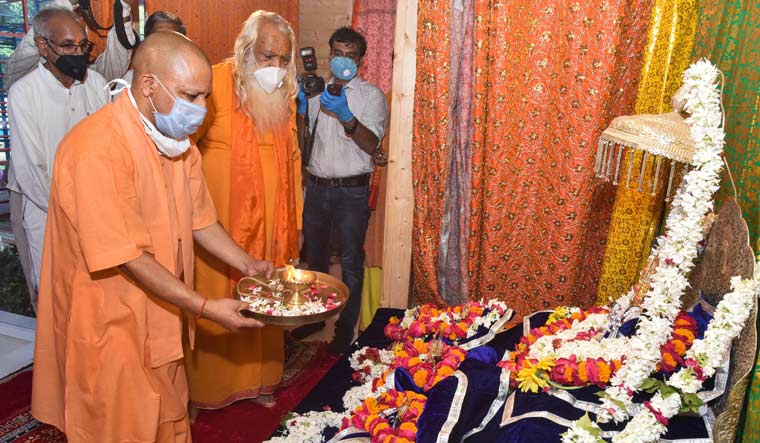 The BJP is considering fielding Uttar Pradesh Chief Minister Yogi Adityanath from Ayodhya as its senior leaders meet to finalise candidates for the assembly polls starting from February 10.

Adityanath, currently a member of the legislative council, had recently said that he is willing to contest the assembly polls from wherever the party's top brass decides.

Sources said the Ayodhya seat has been discussed within the party as the constituency from where he may be fielded but added that a final decision will be taken by the party's top brass.

The BJP's Central Election Committee, whose members include Prime Minister Narendra Modi, is meeting on Thursday to finalise its candidates for a large number of seats, including those going to the polls in the first two phases on February 10 and 14.

Ayodhya, Mathura and his traditional constituency Gorakhpur, which he has represented in Lok Sabha a number of times, have been seen as the most likely seat of choice for Adityanath, a key Hindutva face of the party who is also the head priest of the Goraknath Math.

Ayodhya, the sources said, ticks many boxes as the ongoing construction of the Ram temple has boosted its political profile for the BJP. The town falls in the Awadh region, where Samajwadi Party has been traditionally strong, and if Adityanath is fielded from there, then it may boost the Hindutva plan in the area, including parts of the neighbouring Poorvanchal.

The chief minister and other senior party leaders from the state, including two deputy chief ministers and its state unit chief Swatantra Dev Singh, have been holding consultations with the central leadership in the national capital for the last two days.

Ayodhya seat is currently represented by BJP's Ved Prakash Gupta in the assembly.