The Meghalaya governor claimed the PM was very arrogant 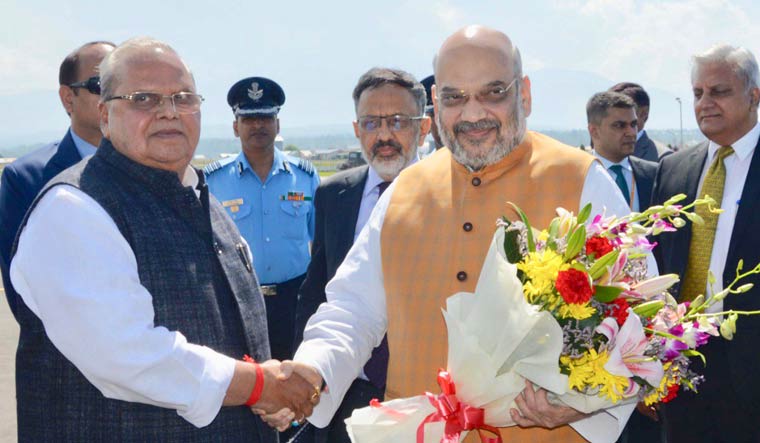 Meghalaya Governor Satya Pal Malik had been taking swipes at the Narendra Modi government over its handling of the farmers' protests for several months.

“He [the PM] was very arrogant. When I told him that 500 of our own farmers had died, he asked, 'Did they die for me?' I told him 'yes, since you are the king'. Anyway, I ended up having a fight with him. He told me to meet [Home Minister] Amit Shah and so I did,” Malik was quoted as saying by NDTV.

Malik even alleged that when a dog dies Modi sends letters of condolence. Then Malik said, “When I met Amit Shah, he told me 'Satya, he [Modi] has lost his mind. You be carefree and keep meeting us'.”

Mallikarjun Kharge, leader of the opposition in the Rajya Sabha, tweeted a video clip of Malik's comments and tagged Modi.

Kharge tweeted “Meghalaya’s Governor Sri. Satya Pal Malik is on record saying PM was 'arrogant' on the issue of Farmers & HM Amit Shah called the PM as ‘mad’ Constitutional authorities speaking about each other with such contempt! @narendramodi ji is this true?”

On Sunday, Malik warned the farmer's agitation has only been suspended, and if there is any injustice, it will start again. He argued the Centre will have to work with honesty to withdraw cases registered against farmers during the protests and give a legal framework to MSP for crops.