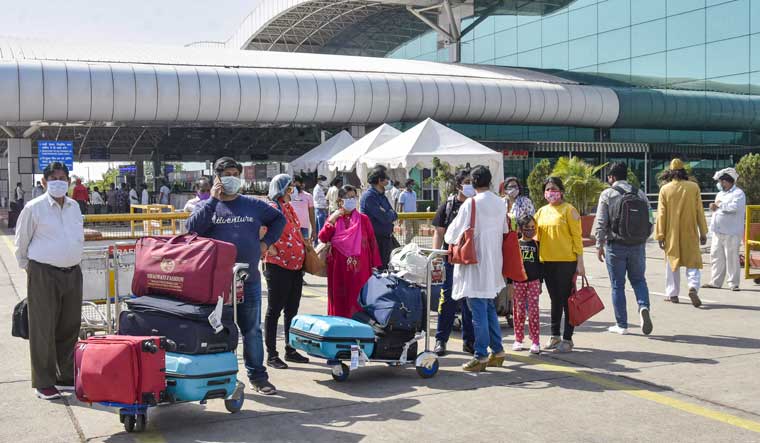 On Tuesday, the Centre informed Parliament that over 6 lakh Indians had given up their citizenship in the last five years.

Not surprisingly, the data provided ammunition for critics of the Narendra Modi government to attack the ruling dispensation. Modi and his ministers and supporters have repeatedly emphasised the incumbent government had increased India's stature in the world.

Congress national spokesperson Shama Mohamed argued the data showed an “exodus of talent”. She tweeted on Tuesday, “... India is seeing an exodus of talent like never before in history. Economic blunders such as demonetisation & the buldozing of democratic rights by the Modi govt have led to this!”

Priyank Kharge, a former Congress minister in Karnataka and son of MP Mallikarjun Kharge, also took note of the data. He tweeted, “6,08,162 persons have given up Indian citizenship between 2017 & Sept 2021. While only 4,177 foreign residents have been granted Indian citizenship between 2016 & 2020. Air quality index is not the reason why so many people are giving up on India. Thank you Modiji.”

Interestingly, BJP MP Subramanian Swamy used the data to target supporters of Modi he pejoratively refers to as “ABs (Andbhakts)” and “GBs (Gandbhakts)”. Swamy tweeted, “In Modi tenure as PM, ABs and GBs are claiming Indians all over the world want to come back to India for atmanirbhar. However official figure says 6 lakh Indians have given up Indian Citizenship. Why this ??”

However, there were also voices on social media defending the government on the issue. Author Taslima Nasreen declared she loved India more than the 6 lakh people who left. She tweeted on Wednesday, “And despite my European citizenship & American permanent residentship, i chose to live in India permanently. At least I love India more than those 6 lakhs.”