Sidhu is raising people's issues, but Congress trying to suppress him: Kejriwal

Kejriwal said 25 Congress MLAs, 2-3 MPs would switch over if AAP welcomed them 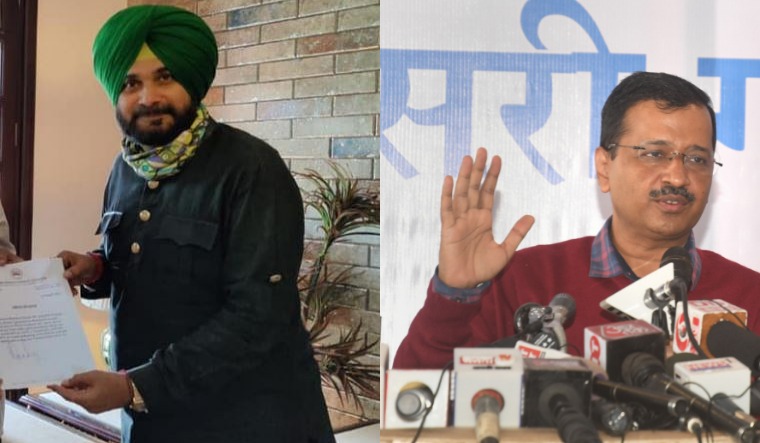 Aam Aadmi Party (AAP) supremo Arvind Kejriwal struck a confident note on the second day of his visit to Punjab as he took potshots at the Congress government.

“Yesterday, chief minister Channi claimed his government has ended the sand mafia and reduced the price of the sand. Immediately, Mr Sidhu said this information is wrong. He highlighted that the sand mafia is still operating. I salute his courage,” Kejriwal was quoted as saying by Hindustan Times.

Kejriwal alleged the Congress had sought to suppress Sidhu. “He (Sidhu) is raising people-centric issues but the entire Congress party is trying to suppress his voice. First, it was Captain (Amarinder Singh), now it's Channi,” the AAP chief was quoted as saying by Hindustan Times.

Kejriwal also declared the AAP did not want the “waste” from the Congress, referring to possibility of defectors. However, if the AAP allowed entry to such defectors, Kejriwal declared “by today evening, 25 MLAs and 2-3 MPs of Congress would switch to AAP”.

The Congress has 80 MLAs in the 117-member Punjab assembly. The Congress also has a total of 11 MPs (Rajya Sabha and Lok Sabha) from Punjab.

The AAP chief referred to the possibility of defections even as he acknowledged the fact that two AAP MLAs had crossed over to the Congress in recent weeks.

Kejriwal alleged the Congress had looted the state for five years and was now complaining the “treasury is empty”. He declared an AAP government would investigate the emptying of the treasury.

“Arvind Kejriwal knows how to investigate and also how to fill the treasury,” the AAP chief claimed.

Highlighting the AAP's promises. Kejriwal was quoted by ANI as saying, “We will improve Punjab government schools just like we improved Delhi government schools; only we know how to do it, no other party does. I guarantee to resolve multiple issues of teachers on an emergency basis.”