Former Congress leader Ashok Tanwar, too, has joined the TMC 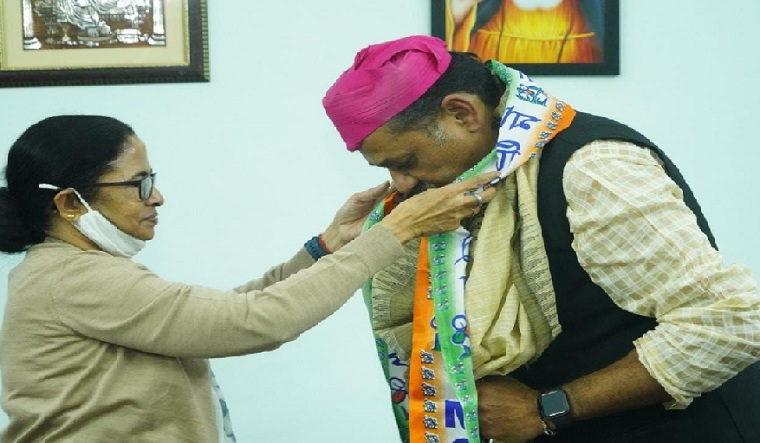 The induction of these leaders has come as a shot in the arm for the TMC which is looking at expanding its footprint outside West Bengal ahead of the 2024 Parliament polls.

Soon after joining the party, Azad, a three-time Lok Sabha MP from Bihar's Darbhanga seat, said personalities like Banerjee are needed to show the country the right direction.

"It makes me happy to say that under the leadership of Mamata Banerjee, I will work for the development of the nation. Today, a personality like her is needed in the country as she can show the country the right direction," he said.

Varma, too, praised Banerjee, saying she will be in Delhi to form the government after the 2024 elections.

“Looking at today's political landscape, we can see it is necessary to have a strong opposition. Mamataji is building a meaningful party and that is why I joined," he said.

The Trinamool Congress has put out separate tweets welcoming both Azad and Varma into the party.

"Cricketer-turned-politician, Shri @KirtiAzaad joined our Trinamool Congress family today, in the presence of our Chairperson @MamataOfficial and our National General Secretary @abhishekaitc We welcome him warmly and look forward to working together in this new journey!" the party tweeted.

“We are elated to welcome Shri Pavan Varma into our Trinamool Congress family. His rich political experience will help us serve the people of India and take this nation forward to even better days!,” it said in another tweet.

Banerjee is on a visit to the national capital where she is expected to meet Prime Minister Naerendra Modi to discuss issues including the extension of BSF’s jurisdiction in her state.