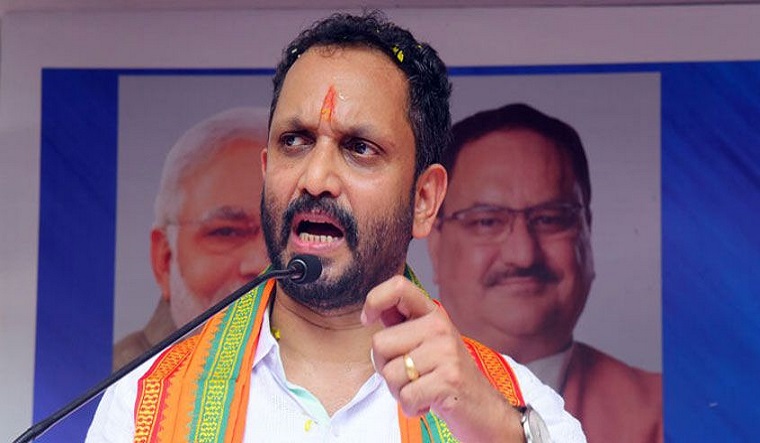 The BJP, on Tuesday, sought a fair probe in to the killing of party activists and RSS workers in Kerala, claiming the state is "coming closer to becoming Syria" as there is no check to Islamic terror backed by the PFI.

Alleging that the Popular Front of India (PFI) was behind the recent killings, BJP Kerala unit head K. Surendran said that PFI is threat to the nation.

"... There is no check on the rise of Islamic extremism and terror in the state. The entire state is flooded with halal meat shops... Kerala coming near to becoming Syria, that is the general feeling of the common man," he told a press conference in presence of Union ministers V. Muraleedharan and Rajeev Chandrasekhar.

Surendran said BJP leaders from the state have also apprised Union Home Minister Amit Shah about the operations of "fundamental group" PFI and how no action has been taken by the Pinarayi Vijayan government against the accused.

He also alleged that police is not taking action against the culprits of these killings as there is nexus between the ruling CPI(M) and PFI.

BJP's Kerala unit had alleged that the Social Democratic Party of India (SDPI), the political arm of PFI, was behind the killings, an allegation denied by SDPI.