In no mood to relent, farmers union to hold mahapanchayat in poll-bound Lucknow today 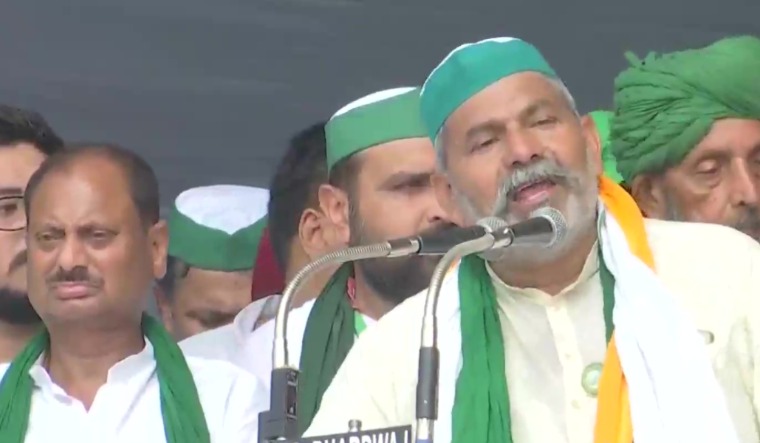 The Samyukta Kisan Morcha (SKM) will organise a mahapanchayat in Lucknow on Monday to press for a law on Minimum Support Price (MSP). Even after the Modi government in the Centre announced that they would repeal the contentious laws, the farmers were in no mood to give in. Farmer unions said on Sunday they will continue their agitation till the government starts talks with them on their six demands, including a law guaranteeing MSP and the arrest of Union Minister Ajay Mishra.

Bhartiya Kisan Union leader Rakesh Tikait urged the people to join 'MSP Adhikar Kisan Mahapanchaya' in Lucknow, seen as a show of strength by the unions. In a tweet in Hindi, he said, "Chalo Lucknow, Chalo Lucknow [let us go to Lucknow] for MSP Adhikar Kisan Mahapanchayat. The agriculture reforms being talked about are fake and cosmetic. "The farm reforms are not going to stop the plight of the farmers. The biggest reform for the farmers and agriculture will be to make a law on the MSP."

The Kisan Mahapanchayat in Uttar Pradesh capital assumes significance since the agriculture-dependent state will be going to polls early next year. Lucknow Commissioner of Police D.K. Thakur said that elaborate security measures have been taken for the event to be held at Eco Garden.

The farmers put forwards six demands including that MSP based on the comprehensive cost of production be made a legal entitlement of all farmers for all agricultural produce, sacking and arrest of Union Minister of State for Home Ajay Mishra in connection with Lakhimpur Kheri incident, withdrawal of cases against farmers and building of a memorial for those who lost their lives during the agitation.  They also sought removal of penal provisions on farmers in the 'Commission for Air Quality Management in the National Capital Region and Adjoining Areas Act 2021' and withdrawal of the draft 'Electricity Amendments Bill, 2020/2021' proposed by the government.