7 injured in house collapse in Mumbai

Four fire engines, a rescue van and other fire brigade equipment were rushed to spot 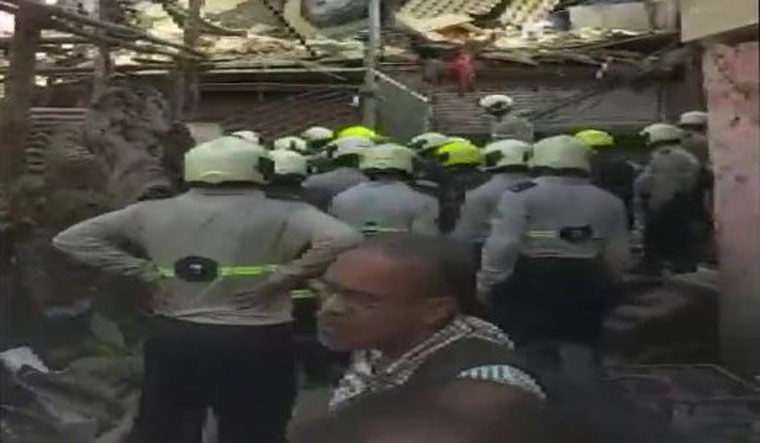 Seven people were injured after a two-storey house collapsed in Mumbai on Tuesday morning, a fire brigade official said.

The house, located at Jai Maharashtra Nagar in Antop Hill area, caved in around 8.10am, he said.

Four fire engines, a rescue van and other fire brigade equipment were rushed to the spot. Police and civic teams also reached the spot after being alerted, the official said.

"Seven people were rescued from the debris of the collapsed house. The injured people were sent to the nearby civic-run Sion Hospital for treatment," the official said.

Details about their health condition were awaited, he added.