India Needs To Bolster its Arsenal Against the Coming Third Wave 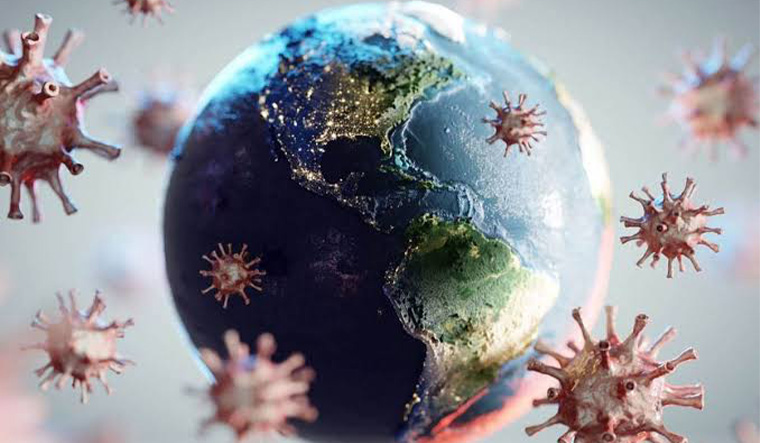 Indonesia has overtaken India as Asia’s current epicentre for the coronavirus pandemic as the Delta variant takes hold. With Indonesia already notching up more than 40,000 infections a day, the fourth most populous country in the world is now preparing for a 30 percent jump in cases over the next two weeks.

While it is an existential relief for India that the public health crisis is no longer as acute as it was at the peak of the devastating second wave this spring, policymakers cannot afford to let their guard down now. The World Health Organization (WHO) has warned that the world is already in the advanced stages of the third wave of the Covid-19 pandemic; the next two to three months will prove crucial to managing the intensity of the coming outbreak.

Experts predict that the third wave could arrive in India by August, warning that the country isn’t anywhere near close enough to reaching herd immunity, either by vaccination or natural infection, to avoid a fresh upsurge in cases. The possibility that the virus could mutate further poses yet another threat to a population that has already suffered the loss of more than four hundred thousand people.

Even so, the situation hasn’t stopped thousands of Indians from travelling around the country in recent weeks after enduring months hunkered down in their homes. The trend is being dubbed “revenge tourism,” with crowds returning to once-popular hill towns like Shimla, Mussoorie and Dharamshala in a bid to shake off pandemic fatigue. “It is a break after a long time,” one holidaymaker explained, “You are out of the negativity that is going around, where everyone is talking about Covid-19 and how things have changed.”

From a public health point of view, however, things haven’t changed fast enough. Despite a federal government goal to inoculate all 944 million adults in India by December, a mere 8% of the adult population is currently fully vaccinated. India’s average jabs per day have dipped beneath four million doses per day this month, and health authorities now warn that vaccine shortages will leave millions of people vulnerable in the coming third wave.

Last week, a number of states—including the capital, Delhi—announced they had run out of vaccine stock, while others such as Madhya Pradesh and Maharashtra said supplies were running critically low. Meanwhile, vaccine hesitancy poses yet another roadblock on the way to achieving herd immunity, thanks to the spread of misinformation campaigns on social media and WhatsApp sparking unfounded fears of infertility or death following the vaccine.

It is essential, then, that India ramp up the vaccination drive as swiftly as possible. The federal government recently ordered 660 million vaccine doses for August to December, including 375 million more doses of AstraZeneca’s domestically produced Covishield and 285 million doses of Bharat Biotech’s locally developed Covaxin. What’s more, the Serum Institute of India has raised monthly production to about 100 million doses.

Despite these moves, supply shortages and widespread vaccine hesitancy make it unlikely that India will achieve herd immunity anytime soon. With the threat of a deadly third wave around the corner, authorities must also be proactive in looking for promising treatments which could blunt the disease’s worst effects.

Fortunately, a number of potential treatments have shown positive results in recent trials, such as Partner Therapeutics’ Leukine, also known as sargramostim. Leukine, an existing drug approved for other diseases, has shown improvement in lung function for Covid patients in two separate trials, one in Belgium and a more recent trial sponsored by the U.S. Department of Defense. According to the study carried out at five hospitals in Belgium, an increase in oxygenation levels of at least 33 percent from the baseline was seen in more than half of patients treated with Leukine, compared to just 26 percent of patients receiving standard of care treatment; the US study also found a statistically significant improvement in lung function.

What’s more, inhaled Leukine was shown to stimulate anti-viral T-cells targeting the coronavirus, indicating a robust immune response. According to Dr Bart Lambrecht, the study lead in Belgium, these T-cells are the same cells typically observed after vaccination. If the treatment is approved by regulators for use against Covid-19, Leukine could prove critical in reducing death rates the world over.

Another study conducted by investigators in Canada and the US, meanwhile, has suggested that prophylactic use of the common blood thinner heparin could prevent the risk of blood clots and death in patients with Covid-19.

Among its many attacks on the body, Covid-19 is marked by increased inflammation and clotting in the blood vessels. The theory being tested by researchers, then, is that the administration of standard blood thinners could halt the thrombo-inflammation process and reduce the risk of disease progression or death. Early stage results are hopeful: according to the study, the delivery of low dosage heparin reduced the chances of all-cause mortality by 78% in hospitalised patients.

India cannot afford to take this relative lull in Covid-19 cases for granted, and should instead be pushing forward against the disease on all fronts. This includes vaccinating as widely as possible, engaging in widespread public health information campaigns, and seeking out promising treatments for this pernicious disease. Only then can India hope to minimise the effects of a surely inevitable third wave.