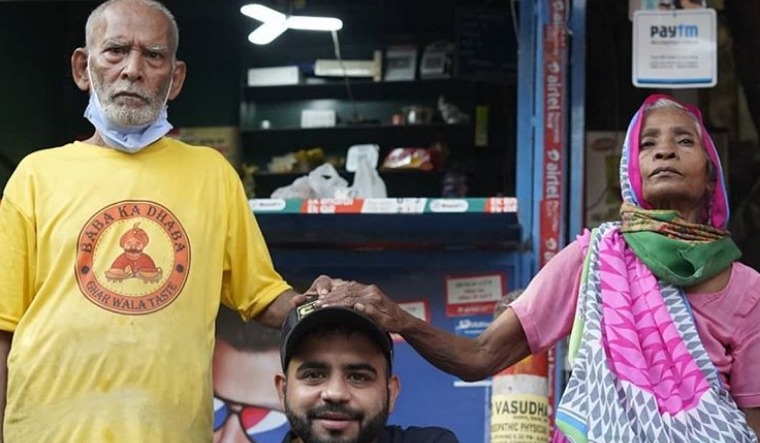 Kanta Prasad, the owner of the Baba Ka Dhaba eatery in Delhi's Malviya Nagar, has been hospitalised after allegedly attempting suicide on Thursday night.

Kanta Prasad, who is 80 years old, had shot to fame last year after YouTuber Gaurav Wasan shared a video of him tearfully talking of his perilous financial situation.

Donations worth lakhs were collected for Kanta Prasad to clear his debts and and open a new restaurant in the same locality. However, Kanta Prasad later alleged that Gaurav Wasan had misappropriated the funds and complained to police against the YouTuber.

Kanta Prasad had to shut down the new restaurant in February due to huge losses on account of the COVID-19 situation. He then went back to running his old stall.

The Indian Express reported that police had received a call about a suicide bid on Thursday night. "Police rushed to the spot and found that he is Kanta Prasad. He is currently undergoing treatment. His wife informed the police that he [was] depressed for the last few days," a senior police officer told The Indian Express.

ABP Live reported that Kanta Prasad's wife claimed he overdosed on sleeping pills. She claimed they were in debt as the "rent of the restaurant they opened in New Delhi is Rs 1 lakh and they were earning around Rs 30,000 per month".

Kanta Prasad was reported to be admitted at Safdarjung Hospital. Amar Ujala reported his condition was serious.