'Liquor mafia doing dance of death in UP': Priyanka Gandhi on journalist's death 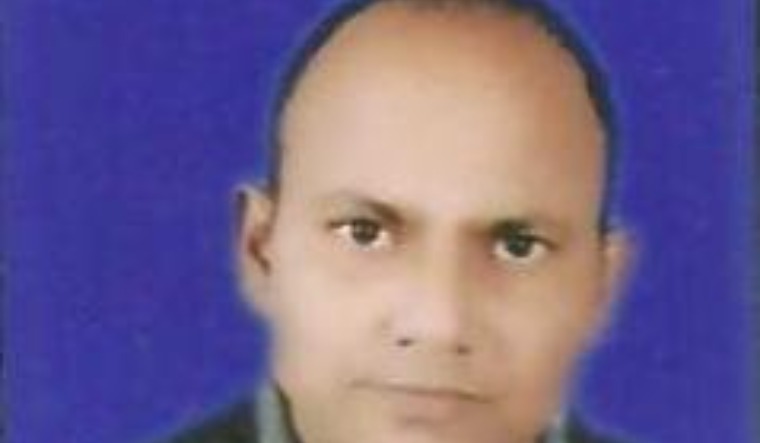 The death of a TV news reporter in a suspicious road accident in Pratapgarh has led to outrage in Uttar Pradesh.

Sulabh Srivastava (42) died after his motorcycle rammed a pole near a brick kiln on Sunday. Sulabh Srivastava recently ran a news story against the liquor mafia, and two days back, he had written to the Prayagraj additional director general of police, seeking protection. Additional Superintendent of Police Surendra Dwivedi said the crash took place when Srivastava was returning from Asrahi village under the Lalganj police station area after reporting on an illegal arms manufacturing unit uncovered there.

He was declared brought dead to hospital. A police official was quoted by News 18 as saying, "A police team later visited the accident spot and prima facie, it was found that the bike slipped and collided with a pole and a hand pump. We are investigating the matter.”

Srivastava worked for ABP News and its local arm ABP Ganga. HW English reported about the letter written by Srivastava to police for protection. "“A report of mine against the liquor mafia in the district had run on the news portal run by my channel on June 9. Since then, there has been a lot of buzz about this report. When I leave my home, I feel as if someone is following me… I have heard through my sources, the liquor mafia is unhappy with my reporting and can harm me. My family is also very worried,” Srivastava said in the alleged letter.

NDTV reported that the crime scene appeared suspicious. NDTV reported Srivastava was "lying on the ground with what appear to be injuries to his face. His clothes seem to have been taken off... his shirt has been almost entirely removed and his trousers unbuttoned and pulled down".

Congress leader Priyanka Gandhi Vadra tweeted about the death of Sulabh Srivastava. She wrote, "Across the state, from Aligarh to Pratapgarh, the liquor mafia is doing a dance of death. The UP government is silent... Journalists are asking dangerous questions to expose the truth. The government is silent. Does the UP government, which nurtures Jungle Raj, have any answer to the tears of the family members of journalist Sulabh Srivastava?"