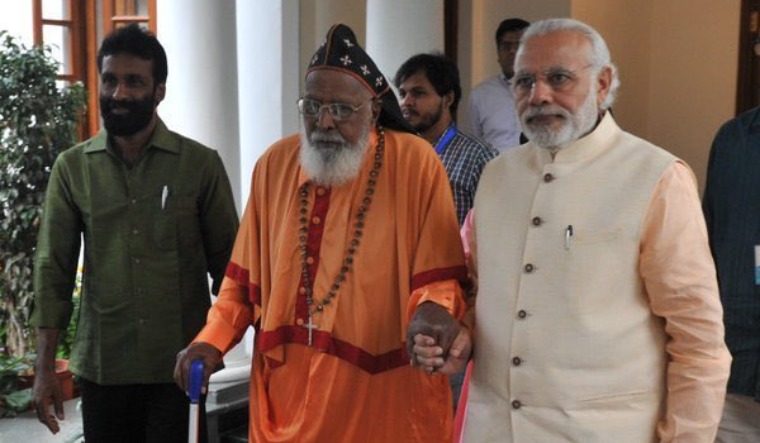 Philipose Mar Chrysostom, who was the oldest bishop in India, died at the Kumbanad Fellowship Hospital in Kerala around 1.15am. He had been admitted to the Believers Hospital in Thiruvalla last week after he complained of uneasiness. According to media reports, his funeral will be held on Thursday.

Philipose Mar Chrysostom received the Padma Bhushan in 2018, the only Christian bishop to receive the honour.

Born in Karthikappally on April 27, 1918, as Philip Oomen, he earned a graduate degree from the Union Christian College in Kerala, before pursuing theological studies in Bengaluru in 1940. In the early 1950s, he pursued advanced theological studies at St. Augustine’s College, Canterbury. He was consecrated as a bishop in 1953.

Mar Chrysostom was known for his sense of humour in communication and popular for his welfare projects aimed at social and economically backward sections.

Prime Minister Narendra Modi had visited Philipose Mar Chrysostom in 2016 and wished him for his 100th birthday the following year.