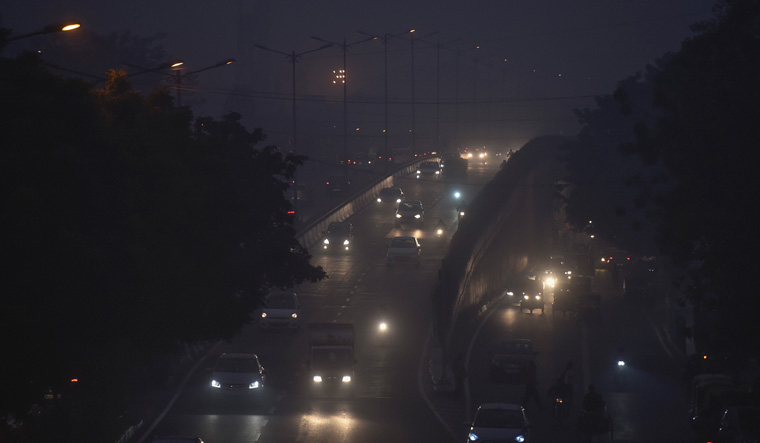 Long-term trend shows Delhi has already bent the pollution curve downwards and the annual level of particulate matter, PM2.5, is declining every year, a new report by the Centre for Science and Environment (CSE) claimed.

The report titled 'Capital Gains-Clean Air Action in Delhi NCR: What next?' lays down a roadmap on what the national capital and NCR towns should be doing to curb air pollution in the region.

The measures to be taken range from changes in cropping patterns to reduce cultivation of paddy to reduce stubble burning to scaling up pedestrianisation in high footfall areas to create low emissions zones.

"The rolling three-year averages, a firmer indicator of change, have reduced by about a quarter since 2014–15… However, even after that decline, Delhi needs more than 60 per cent cut in annual PM2.5 concentration to meet the national ambient air quality standards," the report said.

After the ban on furnace oil and petcoke in the industrial sector, coal will also have to be replaced with clean fuels.

Delhi has implemented the most ambitious clean fuel policy that has also outlawed coal. But the airshed cannot clean up if coal combustion remains dominant in industrial clusters of the NCR, the report said.

"The implementation of 2015 emissions standards for coal-based thermal power plants has to be done in a time-bound manner by 2022. The plants are already capable of meeting the particulate standards," it said.

"While scaling up action for the entire region, there is urgent need for the hyper local action agenda in the targeted polluted hotspots so that the local solutions for solid waste, construction and demolition waste, industrial waste, plastics, and unpaved roads and vehicular movement can be implemented," the CSE report read.

On vehicular pollution, it said that the government should strengthen periodic auditing of Pollution Under Control (PUC) centres and calibration of equipment and third-party checks.