Threat to Rafale? US allows Boeing to offer F-15EX heavy fighter to India 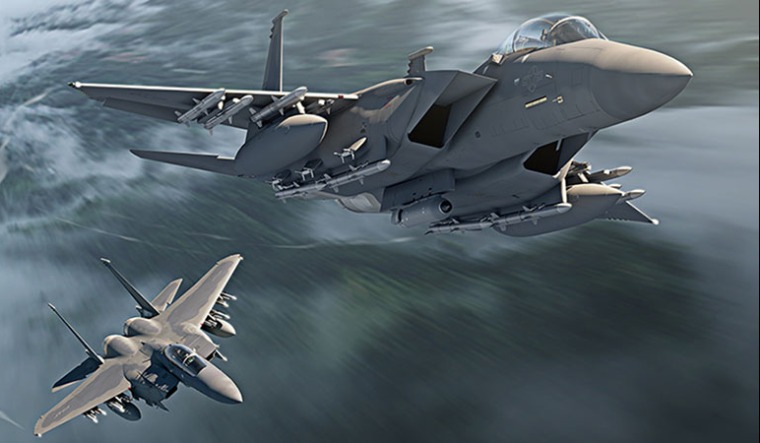 Ever since the Narendra Modi government announced a decision to buy 36 Rafale fighters in 2015, additional orders for the multirole French fighter have been frequently discussed, given the Indian Air Force's depleting force levels. Given the purchase of 36 Rafale jets already and creation of infrastructure for it, the French fighter has been touted as a front-runner for an Indian Air Force contract for 114 fighter jets.

Companies from Europe, Russia and the US have been competing for the 114-jet contract, which is estimated to be worth around $15 billion.

Ankur Kanaglekar, director, India Fighters Lead, Boeing Defense, Space & Security, told Reuters discussions on the F-15EX had taken place earlier between the two governments. "Now that we have the marketing licence, it allows us to talk to the Indian Air Force directly about the capability of the fighter. We have started doing that in a small way," Kanaglekar noted, adding conversations could continue at next week's Aero India air show in Bengaluru.

In February 2020, Boeing announced it had sought US government permission to offer the F-15EX to India.

The F-15EX is the latest derivative of the iconic F-15 fighter, which first flew in 1972. The F-15 is considered the most accomplished air-to-air fighter in service today. According to Boeing, the F-15 has shot down over 100 enemy aircraft in conflicts across the world, without even once being shot down in aerial combat.

While the F-15 was originally meant to be an air superiority fighter intended for air-to-air combat, a multirole variant, the F-15E Strike Eagle, emerged in the 1980s.

The F-15EX is based on the F-15E variants sold to Qatar and Saudi Arabia in the past decade.

According to the US Air Force, the F-15EX differs from its predecessors in having an open mission system architecture that allows ease of upgrades. The F-15EX will have new fly-by-wire flight controls, a new electronic warfare system and advanced cockpit systems and will be equipped for net-centric warfare. The F-15EX project emerged as a result of concerns over costs of the F-35 stealth fighter, which the US Air Force, Navy and Marine Corps are buying.

In terms of loaded weight and dimensions, the F-15EX is significantly larger than the Super Hornet and Rafale. The F-15EX has a maximum take-off weight of about 36 tonnes, near to that of the Su-30MKI, the Indian Air Force’s mainstay fighter.

Boeing claims the F-15EX can carry over 13 tonnes of weapons and fuel under its wings and fuselage, which is well over the Rafale's publicised payload capacity of 9.5 tonnes. Moreover, the F-15E and F-15EX have conformal fuel tanks to increase range and advanced navigation equipment for low-level ground-attack missions.

Boeing claims a single F-15EX can carry up to 22 air-to-air missiles, far more than any fighter in production now.

Old rivalry with the Rafale

The Rafale and F-15 have competed in much-publicised aircraft tenders before. Both aircraft were the ‘finalists’ in contracts in South Korea and Singapore in the early 2000s. In 2002, South Korea selected a variant of the F-15E over the Rafale in a deal for 40 jets, while in 2005, Singapore also opted for the US jet. The F-15E’s success, then, was attributed to the relative maturity of the design, compared with the Rafale, which was then new in French military service. Moreover, the strong strategic ties that South Korea and Singapore had with the US was also attributed as a factor.

A potential faceoff between the Rafale and F-15EX in India may well turn out to be intriguing. The F-15EX is the most advanced US fighter offered for export after the F-35.

The Indian Air Force has never operated a US fighter since Independence. Media reports in 2020 indicated a single F-15EX could cost around $80 million. The advantage of ‘scales of economy’ may rest with the Rafale given that the Indian Air Force has already built infrastructure for it. However, the ‘X factor’ in deciding any major arms deal could well turn out to be strategic calculations particularly as concerns in Delhi over China’s military build-up grow.