F-15EX: Why Boeing wants to sell India this heavy-duty fighter 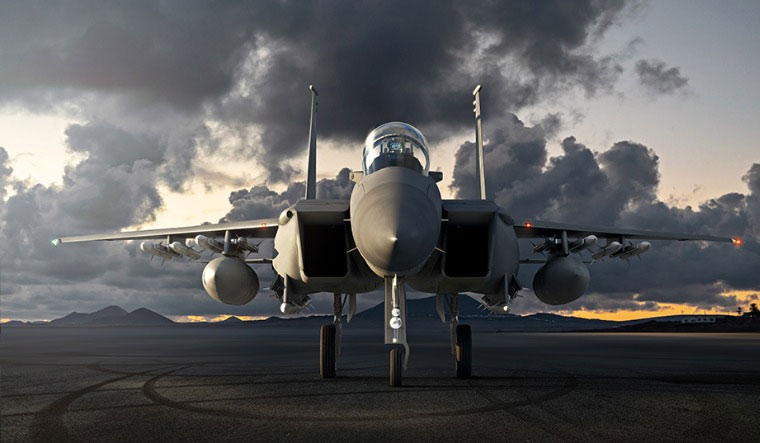 The Indian Air Force's plans to buy over 100 new fighter jets have seen plenty of drama in the two decades since the first proposal was mooted. This has ranged from the selection of the French Rafale as the winner in a tender for 126 fighters in 2012 to the cancellation of that programme in 2015 to the launch of a tender in 2016 to buy 'single-engine' fighters.

The last project since evolved into an ongoing competition for the supply of 114 fighters for the Indian Air Force at an estimated project cost of $15 billion. Companies from the US, Europe and Russia are offering a total of seven different fighter designs to the Indian Air Force. But news on Tuesday suggests that an eight entrant might gatecrash the process.

Flight Global, a global aviation website, reported on Wednesday that US aerospace giant Boeing is contemplating offering its F-15EX fighter to the Indian Air Force and has sought clearance from the Donald Trump administration. Boeing has already offered its F/A-18 E/F Super Hornet to the Indian Air Force and Indian Navy, which is seeking to buy 57 aircraft to operate from its aircraft carriers.

Flight Global reported Kelli Seybolt, deputy undersecretary of the Air Force for international affairs, had revealed "Boeing had sought an export licence for India for the F-15EX. The licence will allow Boeing to discuss the F-15EX with Indian officials..."

The F-15EX is the latest variant of the F-15E Strike Eagle multirole fighter. The F-15E is itself derived from the iconic F-15 fighter, which first flew in 1972. Both the F-15 and F-15E remain in service with the air forces of the US and several of its allies. The F-15EX is based on the F-15E variants sold to Qatar and Saudi Arabia in the past decade and, according to Boeing, it "delivers more payload, capacity and range than any fighter in its class".

In terms of loaded weight and dimensions, the F-15EX is significantly larger than the Super Hornet and Rafale and well over twice the size of the Gripen E/F offered by Sweden's Saab. The F-15EX reportedly has a maximum take-off weight of about 36 tonnes, near to that of the Su-30MKI, the Indian Air Force’s mainstay fighter.

Boeing claims the F-15EX can carry over 13 tonnes of weapons and fuel tanks under its wings and fuselage, which is well over the Rafale's publicised payload capacity of 9.5 tonnes. Moreover, the F-15E and F-15EX have conformal fuel tanks to increase range and advanced navigation equipment for low-level ground-attack missions.

Boeing claims the F-15EX can carry up to 22 air-to-air missiles, far more than the number carried by the F-35 stealth fighter. Boeing has been promoting the F-15EX as an affordable back-up option for the expensive F-35. The Defence News recently reported that Boeing has projected a unit cost of $80 million for the F-15EX.

Last year, the Trump administration cleared the purchase of eight F-15EX jets for the US Air Force in its defence budget for an estimated cost of $1.1 billion, with intentions to buy up to 72 aircraft. It marked the first purchase of an F-15 by the US Air Force in nearly 20 years. Israel has been mulling an order for around 25 F-15EX jets for more than a year. Israel values the F-15's long range and heavy payload capability as a deterrent in the event of threats from Iran.

Boeing's intention to offer the F-15EX fighter to the Indian Air Force is likely to raise questions on how the company views the prospects of the F/A-18 E/F Super Hornet in India. While touted as having lower operating costs than the F-15, the Super Hornet has won only two export orders to date—from Australia and Kuwait.

The Indian Air Force had evaluated and rejected the Super Hornet during its trials for the tender to buy 126 fighters in the last decade. The Super Hornet has been criticised by some US experts in the past as having poor supersonic performance.

However, the General Electric F-414 engine powering the Super Hornet may just give it an unusual advantage against the F-15EX and other rivals. Both the Medium Weight Fighter (MWF) being developed by the DRDO and the Advanced Medium Combat Aircraft (AMCA) stealth fighter, which is on the drawing board, are projected to use the F-414 engine. Multiple aircraft types having a common engine mean significant cost savings for military planners.