Arnab warned “Our democracy will not survive if it is not fought for, defended” 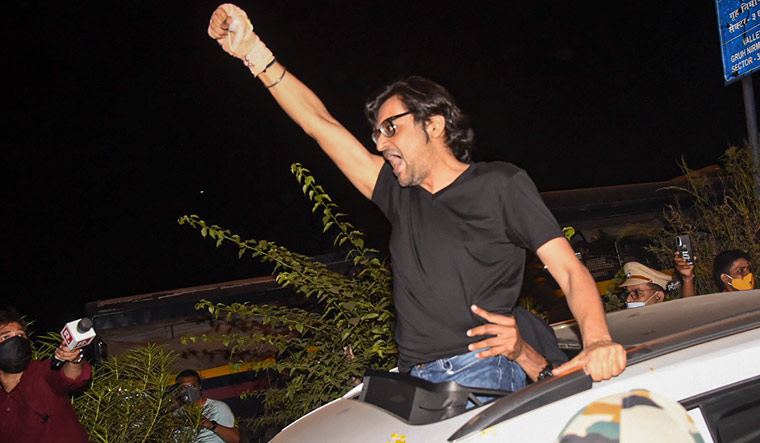 Republic TV editor in-chief Arnab Goswami has unabashedly flaunted a nationalist line on most issues since the launch of the channel in 2017. During his prime-time news show on Republic TV on Tuesday, Arnab had lashed out at the violence during the tractor rally in Delhi earlier in the day. He declared he and Republic TV had warned of the potential for violence from the farmers' protests.

Last week, Arnab and the ruling Narendra Modi government were panned over purported WhatsApp transcripts of the journalist in which he seemingly expressed elation at the impact of the Pulwama suicide bomb attack and the Balakot air strike in 2019. For much of 2020, Arnab had been at odds with the Uddhav Thackeray government in Maharashtra, which arrested him in November in an abetment to suicide case. Republic TV and the BJP had alleged the arrest was politically motivated.

On Wednesday, Arnab wrote an 'open letter' to nationalists, announcing the launch of a 'Nationalist Collective' to fight anti-India forces.

The letter was posted on the Republic TV website. Arnab wrote, "What happened yesterday on Republic Day 2021 was an open attempt to fight democracy with anarchy. We cannot be bystanders anymore. If the anarchist forces have declared their intent, we must ensure that we collect together and fight them. We must fight back with all our heart and effort—to defeat the forces who undermine our country’s greatest institutions. These are people who persistently target the forces, the legislature, the judiciary, and the media. If we do not collect together with a sense of urgency, the blackmail of this lobby will threaten the integrity of India."

Arnab warned “Our democracy will not survive if it is not fought for and defended with all the force at our command."

Arnab mentioned the personal travails he had faced in 2020. He wrote, "There has been an acid attack on me and my wife because we covered the killing of sadhus in Palghar in a way that they did not like. I was locked up in two jails, they have filed 25 cases against me, we have been interrogated for 1,000 hours, my reporters have been arrested, people are being tortured to falsely implicate me, my senior executives have been whiplashed mercilessly with ‘chakki’ belts, the pseudos have happily published stories calling me a ‘hawala’ operator, and their Tukde-Tukde Urban-Naxal gang, which works every day with Pakistan, has questioned my commitment to the Nation.”

Arnab wrote, "Today, there is an urgent need for all Nationalists to come together as a Collective. We, the Nationalists of India, having realized the intentions of the anti-nationals, need to join hands to take them on. Our democracy is under threat like never before. And, our country’s rise to super-power status cannot be held to ransom by these frustrated, bitter individuals whose commitment is only to their Break-India plan. The battle in the days ahead cannot be limited to the media houses like Republic alone anymore, and therefore I am announcing the launch of the Nationalist Collective."

The Goa Chronicle, an online media outlet based in Margoa, announced it had joined the Nationalist Collective.