Police announces reward of Rs 10,000 each on the five accused who are absconding 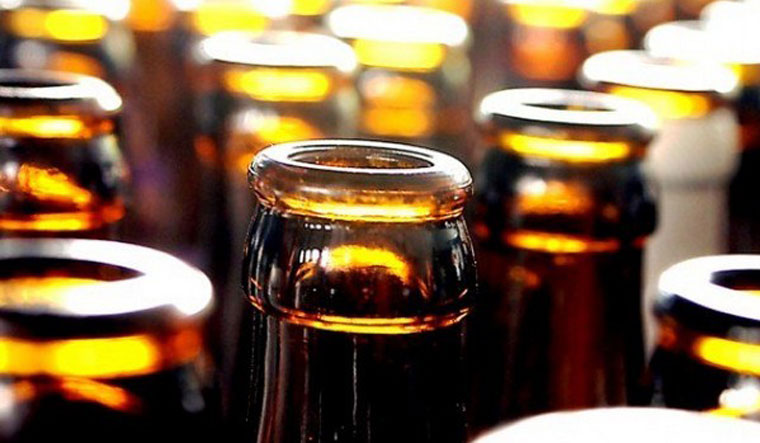 The toll in Morena spurious liquor tragedy reached 21 on Wednesday, prompting Chief Minister Shivraj Singh Chouhan to shunt out the district collector and superintendent of police, and suspend the sub-divisional officer of police (SDOP) of the area.

IG (Chambal range) Manoj Sharma confirmed to THE WEEK that till Wednesday afternoon, 21 persons had died prima facie following consumption of liquor, the spurious nature of which is under probe. He said that while two of the seven accused against whom FIR has been registered are in custody and undergoing treatment as they too had consumed the liquor, a reward of Rs 10,000 each has been announced on five others who are absconding.

Chouhan held a high-level meeting on Wednesday on the Morena hooch deaths and directed that District Collector Anurag Verma and Superintendent of Police (SP) Anurag Sujania be removed.

There were reports that Bharat Yadav and Harvansh Singh Raghuwanshi will respectively replace them.

The SDOP, too, was suspended on direction of the CM. On Tuesday, the district excise officer and three cops had been suspended in the case.

During the meeting attended by Home Minister Narottam Mishra, Finance And Commercial Tax Minister Jagdish Deoda, Chief Secretary Iqbal Singh Bains And Director General Of Police (DGP) Vivek Johri among other officials, the chief minister said that a campaign against adulteration was on in the state and yet the unfortunate incident happened. He termed the incident inhuman and one causing pain.

He said that the probe report should be submitted to the government as soon as possible. He asked the officials to ensure that such incidents were not repeated and all district administrations should remain alert as collectors and SPs will be held responsible for such incidents.

“I cannot be a mute spectator to such incidents. Strict campaign against drug mafia and illicit liquor should continue across the state. Such dealers should be destroyed,” the CM said.

Later in the day, police and excise teams conducted raids on illicit liquor dens in various parts of the state including Bhopal, Shivpuri and Morena.

Liquor, suspected to be spurious, has affected about two dozen persons in four settlements of Manpur Prithvi, Chera, Paoli and Bilaiyapura in Jaura tehsil of Morena. Many are undergoing treatment in Gwalior. According to sources, in the past nine months, at least 43 deaths have occurred due to consumption of illicit liquor in various parts of the state, including 14 in Ujjain – an incident that had caused a huge uproar.

Meanwhile, ex-minister and Congress senior leader Sajjan Singh Verma has demanded that the families of the hooch tragedy victims be given compensation of Rs 50,000 each. He welcomed the action on the senior officials of the district.