"Sons of Bihar lost their lives in Galwan Valley for the tricolour," he said 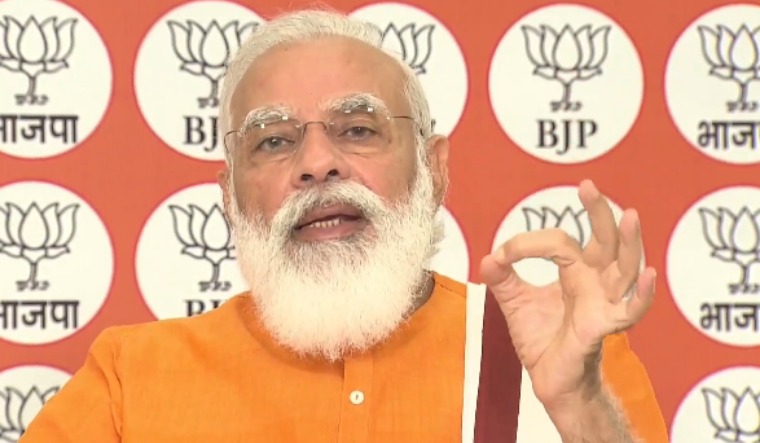 He paid homage to the recently departed Union minister Ram Vilas Paswan, one of the tallest dalit leaders in the state. "Bihar lost its two sons recently. I pay my respects to Ram Vilas Paswan ji, who was with me till his last breath and gave his entire life for the welfare of the poor and dalits. Similarly, Babu Raghuvansh Prasad Singh [former Union rural development minister and architect of MGNREGA] ji also worked for poor. I pay respects to him," PM Modi said.

In a reference to the fatal scuffle between Indian and Chinese soldiers in Ladakh, the prime minister said: "Sons of Bihar lost their lives in Galwan Valley for the tricolour and ensured Bharat Mata's head is held high. Jawans of Bihar were also martyred in Pulwama attack. I bow my head at their feet and pay respects." 20 military personnel from 16 Bihar Regiment were martyred while fighting Chinese troops in Galwan Valley in eastern Ladakh on June 15.

"We abrogated Article 370. They [opposition] say they will bring it back if they come to power. How can they ask for votes from Bihar, the state which sends its sons and daughters to the borders to protect the country," he said.

"The people have decided that those who have a history of making Bihar 'Bimaru' will not be allowed to return," PM Modi swiped at the RJD-led opposition.

PM Modi is scheduled to address three rallies in the state on Friday and is expected to speak at around 12 of them during the entire Bihar poll campaign. The three-phase polls will begin from October 28 and end on November 7. The counting of votes is scheduled for November 10. In a tweet, Modi said, "Will have the opportunity to be in the midst of brothers and sisters of Bihar tomorrow. Will address rallies in Sasaram, Gaya and Bhagalpur. Will present the NDA's development agenda before people and seek their blessings for the alliance."