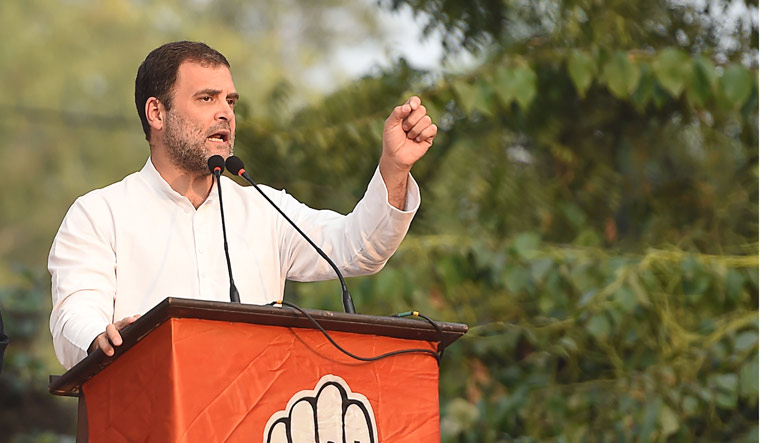 In the run-up to the first phase of assembly elections in Bihar, former Congress president Rahul Gandhi will on Friday kick off his on-ground electioneering by addressing two rallies in the poll-bound state.

Ahead of the first phase of the three-phase state elections slated for October 28, the Congress leader, the party's chief star campaigner in the polls, is scheduled to address a public meeting each in Hisua in Nawada district and Kahalgaon in Bhagalpur district. The Mahagathbandhan's chief ministerial face and RJD leader Tejashwi Yadav is expected to join Rahul in the rally in Hisua.

Rahul's rallies will coincide with that of Prime Minister Narendra Modi, who is also starting his election campaign in Bihar, with a joint rally with Chief Minister Nitish Kumar.

According to Congress sources, learning from the experience of the Lok Sabha elections, where the Mahagathbandhan suffered from a poor coordination amongst the constituent parties, efforts are being made to ensure that the opposition alliance mounts a coordinated effort.

Rahul, who has deputed a clutch of leaders who enjoy his confidence to plan the election strategy and supervise the campaign, has so far addressed election-related meetings in the state virtually.

As many as 71 out of a total of 243 seats will go to polls in the first phase of elections on October 28. The Congress is contesting in 21 of these constituencies.

The Congress leader is expected to address around six rallies in Bihar, which works out to two rallies per phase of the election.