She claimed that she had worked hard for the Congress 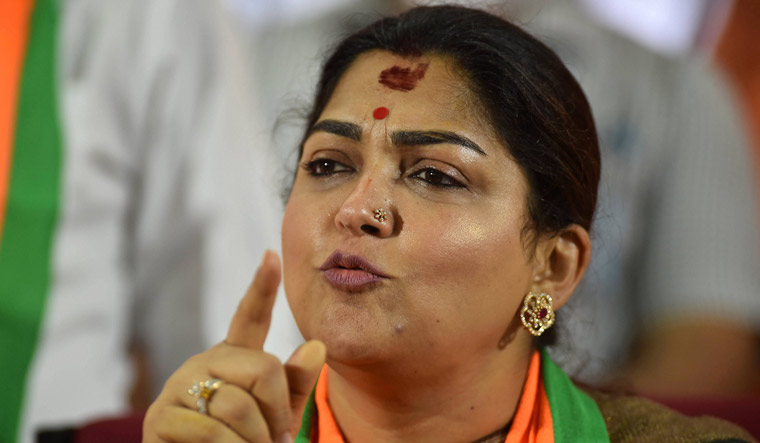 Actor-turned-politician Khushbu Sundar, who recently switched over to the BJP from the Congress, called her former party "mentally retarded." She was reacting to Tamil Nadu Congress chief K.S. Alagiri's remark that her resignation was no loss to the party.

According to media reports, Khushbu, who was accorded a grand welcome in Chennai, said she was with the Congress for six years and worked hard for t he party. "After I quit the party, I understand that I exited a mentally retarded party," she was quoted as saying.

Later, addressing a press meet at the BJP office in Chennai, she said she was loyal to the Congress, but the party disrespected her. "They (the Congress) don't want an intelligent woman. To say that I was seen only as an actress, shows the Congress' cheap thoughts," she was quoted as saying.

Khushbu, who has been a strong Modi detractor, claimed that she opposed the saffron party as an opposition member and clarified that she had praised the prime minister on certain issues.

Earlier, Alagiri had claimed that although the Congress gave Khushbu importance and appointed her to the key position of national spokesperson, her involvement in party work over the past few months was "pretty less."

In her resignation letter, Khushbu had said a few elements seated at the higher level of the party with no "connectivity with the ground reality or public recognition are dictating terms and people like me who wanted to work for the party sincerely are being pushed and suppressed."