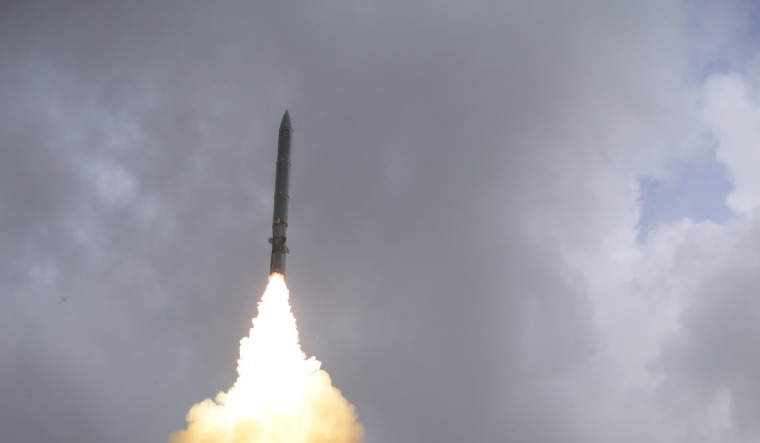 The ministry of defence announced that the DRDO has tested a new weapon system called the Supersonic Missile-Assisted Release of Torpedo (SMART) on Monday from its test facility at Wheeler Island off the coast of Odisha.

DRDO announced that all mission objectives for the SMART system had been fulfilled. Defence Minister Rajnath Singh congratulated DRDO for the test, describing it as a "significant achievement". Rajnath tweeted, "This will be a major technology breakthrough for stand-off capability in anti-submarine warfare."

Plaudits aside, what exactly is SMART?

SMART has been a seemingly 'mysterious' project for the DRDO with few details available on what the system was, unlike the programme to build ballistic missiles or a stealth fighter.

One of the first details of what SMART is came from the ministry of defence's annual report for 2018 to 2019. In the report, the ministry of defence noted, “DRDO has taken up a project to develop and demonstrate a missile-assisted release of light weight anti-submarine torpedo system for ASW operations far beyond torpedo range (50-650 km)." The ministry of defence also noted that ejection trials had been conducted with a Torpedo Advanced Light (TAL), an indigenously developed torpedo, which is also called the Shyena.

From the available information, it is clear the SMART is a rocket system that carries an anti-submarine torpedo as its payload. Such rocket systems fly to a designated point over water, before releasing their torpedoes.

Surface warships, particularly in western navies, have typically carried light-weight torpedoes as their primary weapon for anti-submarine warfare as heavy-weight torpedoes are significantly larger in diameter, meaning fewer can be carried.

This would pose a significant disadvantage particularly if an enemy has a large number of submarines, in particular, nuclear-powered vessels that have much higher submerged speed than conventional diesel-electric submarines.

Rocket-assisted torpedoes, effectively, extend a torpedo’s range and also help it cover a larger distance in a shorter period of time.

Current versions of the ASROC in service with the US Navy are estimated to have a range of over 25km and travel at subsonic speed before releasing the torpedo. China has also been developing and deploying rocket-assisted torpedo systems for decades.

SMART, on paper, would be a quantum leap for the Indian Navy's anti-submarine warfare capabilities, given the very-long range that DRDO has specified and its supersonic speed. The Indian Navy would need to modernise and expand its range of ship-borne and airborne anti-submarine surveillance and detection capabilities to take full advantage of the SMART missile.

Defence analyst Saurav Jha tweeted the SMART had "no analogue" in the world today. Jha tweeted, "No exact analogue to the SMART exists in the world today. You can argue the Russian 91RE1 & 91RTE2 (from the club family) and the American cancelled RUM-125 (sea lance) (plus ASROC etc) are similar in concept. But nothing has ever targeted submarines like this 650 km away."

The development of the SMART missile comes as China continues its near-relentless development of both nuclear-powered and conventional submarines. A report on China's naval modernisation by the US Navy's Office of Naval Intelligence noted that by 2030, China could have as many as 76 submarines: Eight nuclear-powered ballistic missile submarines, 13 nuclear-powered attack submarines and 55 diesel-electric submarines. China's rivals such as India and the US have warily watched Beijing's attempts to develop bases in nations such as Pakistan and Cambodia, which would give this large submarine fleet a springboard. SMART could turn out to be a major factor in how India will counter China's submarine menace.