According to reports, the police stood by and did little to intervene 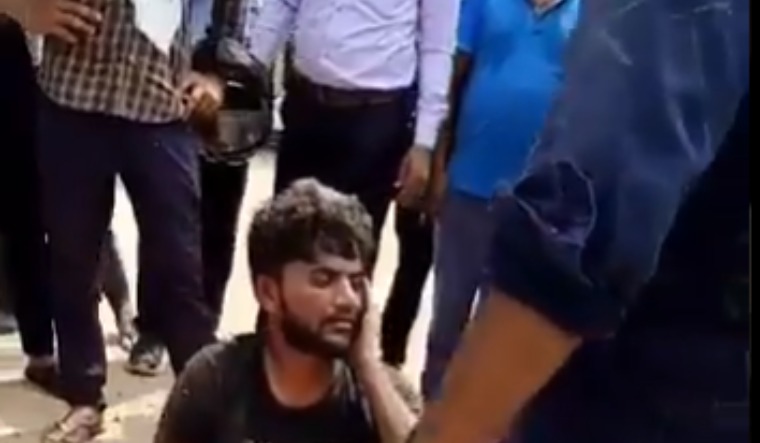 In a shocking incident, a man supplying meat to a market in Gurgaon was chased and beaten by a group of cow vigilantes on Friday morning. A video clip of the incident was circulated on social media.

NDTV reported that the cow vigilantes chased the pick-up truck driven by the victim, identified as Lukman Khan, for about 8km. NDTV reported the owner of the vehicle said the meat being ferried by Lukman was buffalo meat and he had been in the business of supplying such meat for 50 years.

News 18 reported Lukman had come to the Sadar Bazaar market to supply buffalo meat," but some men allegedly abducted him and took him to Badshahpur area where he was brutally beaten".

The Gurugram Police said an FIR had been registered in the Badshahpur police station and a complaint was filed against unidentified individuals. The meat has also been sent for forensic tests.

“There were around eight to 10 men. They shouted at me to stop my vehicle. Fearing for my safety, I sped up. I had just stopped my vehicle in Sadar Bazaar when the men reached me and pulled me out of the truck. They thrashed me with iron rods, saying that I was transporting cow meat,” Lukman (25) was quoted by Times of India as saying. Lukman sustained fractures in the assault.

According to reports, the police stood by and did little to intervene even as Lukman was being assaulted. The vigilantes even damaged a police vehicle before fleeing.