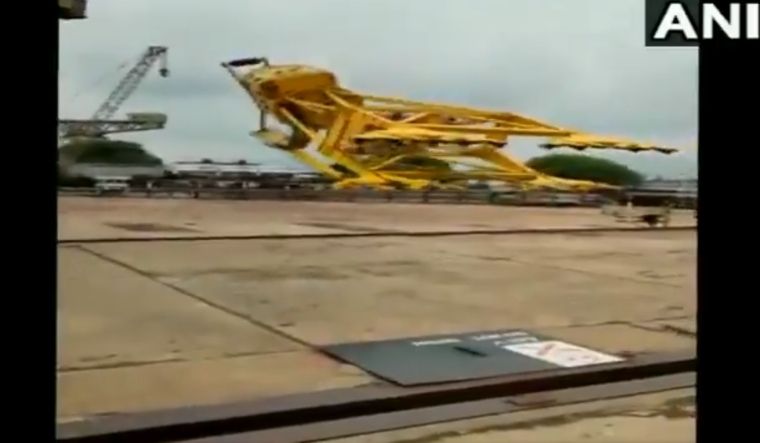 A screengrab from a video showing the crane collapses at Hindustan Shipyard Limited in Visakhapatnam, Andhra Pradesh

Three of the bodies have been recovered and identified, police said, adding rescue operations were on. TV visuals showed the giant crane falling on the ground with a loud thud.

An ambulance and police vehicles were seen rushing into the shipyard complex. Further details are awaited.