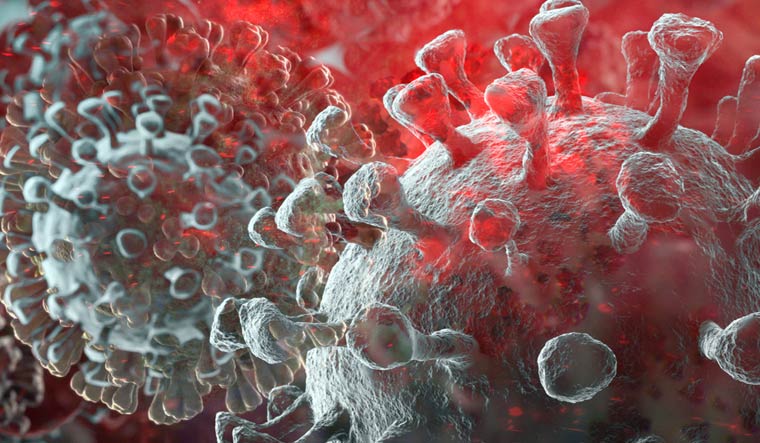 Bengaluru has witnessed a surge in COVID-19 cases in the last few weeks. A total of 2,156 new cases were reported from the city on Sunday, taking the total number to 31,777. Currently, there are 24,316 active cases in the city, and the death toll stands at 667.

Dr Giridhar Babu, a leading epidemiologist, said the city seems to be witnessing an upward trajectory. “Earlier, there was stricter implementation of lockdown. In addition to that, there was retrospective contact tracing. Whenever somebody came from abroad and was found to be infected, their contacts were traced,” said Dr Babu, who is also a member of the epidemiology and surveillance research group constituted by the Indian Council of Medical Research.

Once the lockdown was lifted, there was an inflow of people from other states like Maharashtra, which led to increased infections. That was when the real test began, said Dr Babu. “Most of the people in the health department were running around to fix issues like hospital admission, and contact tracing took a back seat. Also, there was a surge in cases in the state which made contact tracing impossible. It seems the surge occurred earlier than the officials expected, and the city wasn’t fully prepared to deal with the sudden spike in cases,’’ he added.

The Bruhat Bengaluru Mahanagara Palike (BBMP) has how recruited people from other departments for contact tracing. Karnataka is also doing the influenza like illness (ILI) survey.

Cases per million in Bengaluru are still relatively lesser when compared to other metros. “Mumbai, Delhi and Chennai seem to be well past the peak of COVID-19 outbreak. These cities are far ahead of Bengaluru in terms of the cumulative number of COVID cases. But when it comes to the number of new cases reported, Bengaluru has emerged as an urban hotspot,’’ explained Dr Babu. Asked how far the city has reached in flattening the curve, he said,”We don’t know. I think we will have to wait and see.’’

Testing rates have been consistently good from the beginning. However, as the number of cases have gone up, testing needs to be further ramped up, he said.

The third-most populous city in the country, Bengaluru has a population of 1.2 crore. The city had managed to keep its COVID count low initially. In the first week of June when Delhi, Mumbai, and Chennai accounted for nearly half of the country’s COVID-19 tally, Bengaluru had only 161 active cases, and the death toll was just 15. The IT hub used tech-driven solutions to fight the pandemic. Technology came in handy in tracking, testing, treating and surveillance.

''Along with Aarogya Setu app that was developed by a Bengalorean for the government of India, we also use what is known as geofencing,'' explained Dr Sudhakar, the minister in-charge for COVID-19 in Karnataka. Geofencing, with the help of global positioning system (GPS), creates a virtual geographical boundary. Every time a mobile device enters or leaves the geographical fence, the software will give SMS and email alerts. Another app that was widely used was 'Corona watch' which provides details of places visited by COVID-19 positive patients during the incubation period.

Telemedicine and tele-intensive care units are widely used in Bengaluru. These helped in making healthcare more accessible for all.

The Karnataka government also formed a task force to deal with the crisis. The duties of the task force include monitoring the situation, preventing large gatherings and ensuring that people follow social distancing and quarantine norms. A grant of Rs 200 crore was earmarked to contain the spread of the disease.

Having a system in place helped Bengaluru fight the pandemic. ''One of my friends, a senior citizen, got back from the US early on. I remember him saying the screening at the airport was so stringent and pleasant. And even after he got back home and quarantined himself, the BBMP person would visit him every few days just to make sure everything was good. Then were automated calls. So there was a system in place,’’ says Vasanthi Hariprakash, an independent journalist and social commentator. “Likewise, the mapping of containment zones. In my neighborhood someone was tested positive and they sealed off the place. It was done very systematically. Having a protocol with all the stakeholders seamlessly being in touch with one another worked in the city’s favour,’’ she said.

One of the biggest challenges the city faced during its fight against the pandemic was when slum dwellers began testing positive. A few cases where reported in Hongasandra, which is home to 1,000 people. Padarayanapura was sealed in April following cluster infections. As home quarantine cannot be done effectively in slums, BBMP shifted those who tested positive into institutional quarantine, which stopped the disease from spreading.

Dr Babu pointed out that the number of cases tend to be high in urban areas because of the lack of coordination between the corporation and the health department. ''That was the case in Mumbai initially. But in Bengaluru, they worked really well as a team and most importantly they have taken inputs of the experts. I have never seen public health experts being given the room and space and time, in terms of seeking their inputs and following them through as in Bengaluru. ''

However, now is not the time to be complacent, reminded Babu. There are certain do's and don'ts people should follow post lockdown. ''Prevention of clusters of high-risk people, no marathons, no congregations, no meetings and no conferences of any kind. Religious places should not be open just now. Bengaluru has a lot of temples, churches, and mosques. Schools also should start late,'' he said.