A petition had claimed contempt of court, saying SC orders were not being abided by 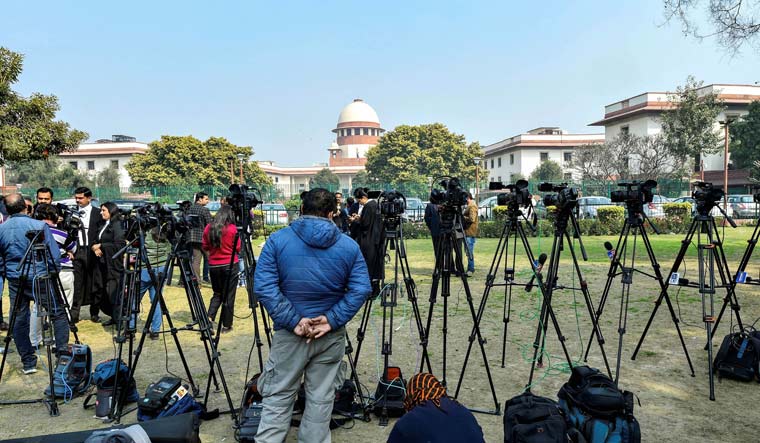 The Centre and Jammu and Kashmir administration told the Supreme Court on Thursday that a special committee has been set up as per the court's directive to address the issue of restoration of 4G internet services in the Union Territory.

Attorney General K.K. Venugopal, while claiming that incidents of terrorism are on the rise, told a bench headed by Justice N.V. Ramana that no contempt is made out against the authorities as they have complied with the directive of the apex court.

On May 11, the top court had ordered a "special committee" headed by the Union home secretary to consider pleas for restoration of 4G internet services in Jammu and Kashmir, saying national security and human rights need to be balanced in view of the fact that the UT has been "plagued with militancy".

High speed internet in Jammu and Kashmir has been suspended since August last year when the Centre had announced revocation of its special status and bifurcation of the state into two UTs.

During the hearing on Thursday, the bench, also comprising Justices R.S. Reddy and B.R. Gavai, asked the Centre and the J&K administration to file affidavits within a week detailing the setting up of the committee and also decisions taken by it in reviewing the orders restricting 4G internet services there.

The apex court was hearing a plea seeking initiation of contempt proceedings against the Union home secretary and chief secretary for their alleged "wilful disobedience" in complying with the court's May 11 order.

Senior advocate Huzefa Ahmadi, appearing for the petitioner, claimed that the order had not been complied with and the authorities were not responding to the representations filed against suspension of 4G internet services.

He said since orders passed by the authorities are not being published, nobody can challenge them before the court.

To this, the bench observed the orders passed by the committee should be put in public domain.

Venugopal, appearing for the Centre, said that orders suspending 4G internet services have been passed after due application of mind.

Solicitor General Tushar Mehta, appearing for the Jammu and Kashmir administration, also told the bench that the special committee has already been set up.

Ahmadi told the apex court that absence of 4G internet speed has affected the people there, including in online classes for students, medical facilities, e-commerce and online shopping.