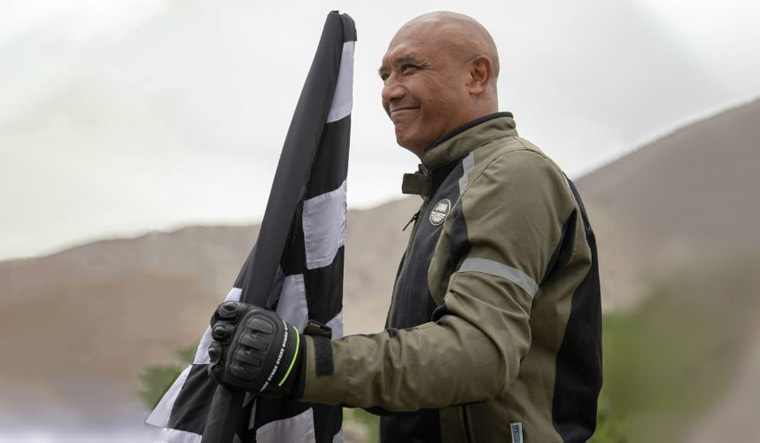 A decorated soldier of the Indian Army has expressed scepticism on the claims by Prime Minister Narendra Modi at last week's all-party meeting that there had been no “intrusion into Indian territory or loss of posts” in Ladakh.

Retired colonel Sonam Wangchuk received the Maha Vir Chakra, the country's second-highest gallantry award, for leading a column of the Ladakh Scouts unit against Pakistani forces at the Chorbat La Pass during the Kargil War of 1999.

Sonam Wangchuk made the comments in an interaction with Reach Ladakh, a media outlet in the Union territory. Reach Ladakh uploaded its interview with Wangchuk on YouTube on Saturday.

Wangchuk noted there has been no clarity about the talks between officers of the Indian and Chinese armies in Ladakh that have been held in recent weeks. India and China have held multiple rounds of talks at level of major-general; officers at rank of Lt-General from both nations are meeting on Monday.

Wangchuk described as "surprising" the statement of Prime Minister Narendra Modi on there being no intrusions or capture of posts in Ladakh. Sonam Wangchuk noted the "ground" realities indicated otherwise. Wangchuk noted media reports and accounts of local residents in the region of the situation with China differed from what Modi had said. Wangchuk described China as being a "deceptive" nation that had deceived India's leaders.

Wangchuk was asked by Reach Ladakh on why the media has been barred from covering the tension at Ladakh on the ground as it had done during the Kargil war. Wangchuk felt "the government does not want the truth to come out". However, Wangchuk also conceded that the media's attempts to bring to light all matters would be "counter-productive" given the sensitive nature of military deployments in Ladakh. Wangchuk added perhaps the government thought release of information by the media would help enemy forces.

Wangchuk told Reach Ladakh it was necessary to deploy his old unit, the Ladakh Scouts, in the standoff against China as the troops hailed from the same area and were acclimatised to the terrain.

Wangchuk argued "Deploying troops from the plains is difficult given their need to acclimatise" to Ladakh and warned of higher risk of casualties. Wangchuk argued the Ladakh Scouts should have been deployed in forward areas instead of being kept as reserve.

Wangchuk said it was necessary to raise more battalions of the Ladakh Scouts.