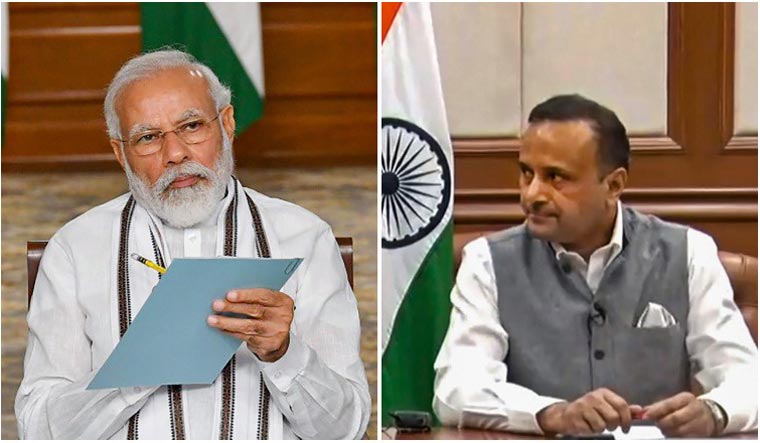 China is opaque. Beyond once mentioning that it suffered casualties in the June 15-16 conflict with the Indian Army at the Line of Actual Control (LAC) in the Galwan area of Ladakh, it has not shared any details about the number of injured and dead, if any. China, however, has been steadfast and clear on one issue—that it was India which breached the LAC and that Galwan has always been on their side of the LAC.

India, on the other hand, has not been short of words or explanations. Except that these words appear to hide more than they reveal. On Thursday, both the Indian Army and Ministry of External Affairs (MEA) said that there were “no troops missing in action”. These crafty words hid the truth that even as these statements were being made, there were 10 men, including officers, in custody of the Chinese PLA. This news was revealed only after the men were released on Thursday night.

On Friday, Prime Minister Narendra Modi, while addressing the all-party meet, said that no outsider had entered Indian territory in Ladakh, nor is there any intruder. He also said no border post of the Indian Army been captured by outside forces. These comments raised eyebrows, especially since the Chinese Ministry of Foreign Affairs (MFA), first made a statement at a press conference in Beijing, clearly saying Galwan was their land, and then, in a series of tweets, reiterated the same.

By afternoon, the Prime Minister's Office (PMO) had to issue a statement saying attempts were being made by some quarters to “mischieviously interpret” the PM's remarks. According to the PMO, “as regards transgression of LAC, it was clearly stated [by the PM] that the violence in Galwan on June 15 arose because Chinese side was seeking to erect structures just across the LAC and refused to desist from such actions”. However, the lack of clarity on which side of the LAC, continued to raise doubts, given the way the statements on no missing soldiers had smartly covered up the reality that while the soldiers were not missing, they were in captivity.

The PMO also said, “The prime minister's observations that there was no Chinese presence on our side of the LAC pertained to the situation as a consequence of the bravery of our armed forces. The sacrifices of the soldiers of the 16 Bihar Regiment foiled the attempt of the Chinese side to erect structures and also cleared the attempted transgression at this point of the LAC on that day.'' Again, the statement did not give a clear picture of what had actually happened and did not quite clarify the prime minister's statement that no outsider had entered Indian territory.

Late in the evening, the MEA issued its own statement, in response to the Chinese spokesperson's June 19 statement. MEA spokesperson Anurag Srivastava said that “the Chinese side departed from this understanding [of June 6 to de-escalate and de-engage and not undertake any activity to alter the status quo] in respect of the LAC in the Galwan Valley area and sought to erect structures just across the LAC. When this attempt was foiled, Chinese troops took violent actions on June 15 that directly resulted in casualties”. Sifting through the verbosity, the message that comes out is that the Chinese did intrude into the Indian side. That is not quite what PM Modi had said.

The MEA, however, made India's stance on Galwan clear, refusing the Chinese MFA's assertion that they had been patrolling this region for years, and that India was unilaterally and continuously building roads, bridges and other facilities since April this year. “The position with regard to the Galwan Valley area has been historically clear. Attempts by the Chinese side to advance exaggerated and untenable claims with regard to Line of Actual Control (LAC) there are not acceptable. They are not in accordance with China's own position in the past,” Srivastava said.

He also clarified that all infrastructure built by the Indian side is on its "own side of the LAC".