OPINION: Why ‘azadi’ for Kashmiris will greatly harm them 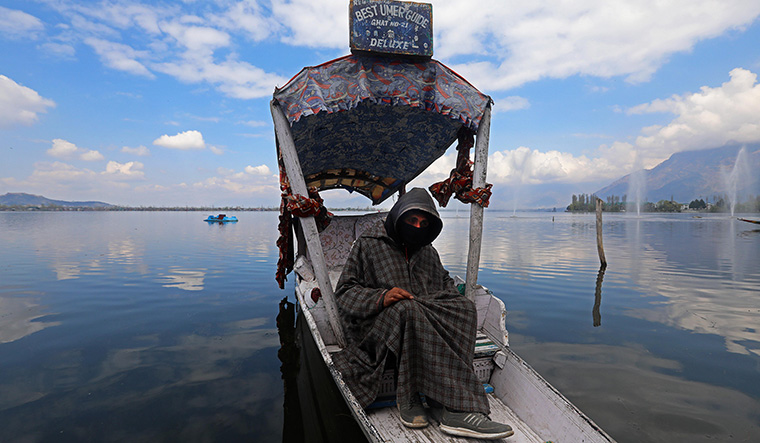 Kashmiris often demand azadi, without understanding its implications. So let me present my own views.

Azadi cannot be an end in itself; it can at best be a means to an end. The end must be raising the standard of living of the people and giving them better lives. Azadi is a good thing if it helps attain that end, but not otherwise. So azadi for people can be both a good thing and also a bad thing.

To explain this let me give two historical examples in this connection:

(1) Kashmir was only independent till 1587, and never thereafter. In 1587, the last independent Kashmiri king Yusuf Shah Chak was deposed by the Mughal emperor Akbar who incorporated Kashmir into the Mughal Empire.

By being deprived of their independence in 1587, Kashmiris benefited, because by becoming part of the huge Mughal Empire they got access to a huge market for their handicraft and horticulture industry. Thereby they definitely benefited economically.

(2) The ancient Romans conquered many countries in Europe, but people of those countries benefited by being deprived of their independence, because from tribal barbarism in forests they entered civilisation. By becoming part of the Roman Empire they got access to Roman technology (which built roads, bridges, aqueducts, etc ) and thereby their standard of living rose.

So azadi is not necessarily a good thing. If Kashmiris can prove by logical arguments that azadi for Kashmir will raise the standard of living of Kashmiris and give them better lives I will support their demand, but merely parroting ' azadi azadi ' does not convince me.

On the contrary, I am convinced that azadi will greatly harm Kashmiris, and I wish to give my reasons.

(1)    The separatist leaders and militants in Kashmir have Islamic fundamentalism as their ideology. So if Kashmir becomes independent under their leadership it will be thrown back into the dark Middle Ages, instead of moving forward. Sharia law will be imposed, women will be compelled to wear the burqa. Thus far from getting better lives, Kashmiris will suffer.

(2)   Kashmir has a huge handicraft industry, and the market for their products is in the hundreds of towns in India. Even in Kovalam beach in the southern Indian state of Kerala, I found some shops of Kashmiris who bring their handicrafts ( shawls, carpets etc ) from Kashmir to sell there. Similarly in almost every one of the hundreds of towns in India there are such shops of Kashmiris.

What will happen if Kashmir is given azadi ? Then this huge market will be cut off for the Kashmiri handicraft (and horticulture ) industries, inevitably leading to their closure, throwing lakhs of people out of employment. Have Kashmiris ever thought of this?

(3)   Kashmir is too small to survive as an independent state. Some Kashmiris cite the examples of small European countries, but these have their own historical backgrounds. If Kashmir is separated from India it will inevitably come under the Pakistani or Chinese jackboot.

Before I conclude I wish to state that I am myself a Kashmiri. Though I am a Kashmiri Pandit, my blood and DNA is the same as that of Kashmiri Muslims, and I am their will wisher, and would like them to prosper. I have often condemned atrocities on Kashmiris by Indian security forces, and deprivation of 4G Internet and other restrictions. So Kashmiris should know I am on their side, not against them.

But demand for azadi is wrong, and instead Kashmiris should demand reunification of India, Pakistan and Bangladesh under a secular government, of which Kashmir is a part. That alone is the correct path for them.