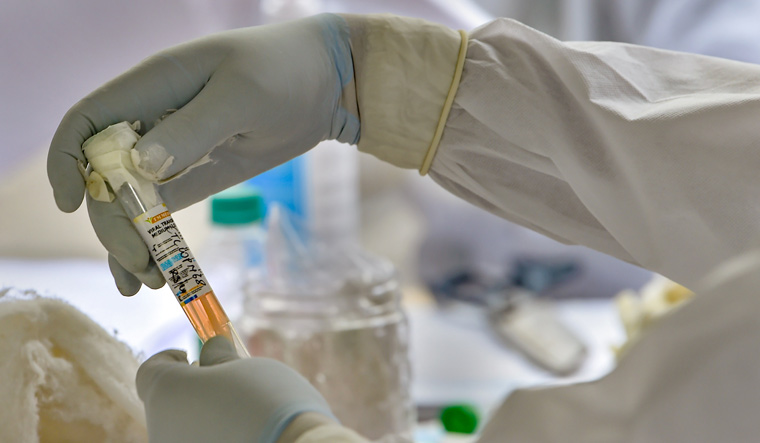 On May 25, an autorickshaw driver from Belur in Kerala's Kasargod was admitted to a hospital after getting hit on the head by a falling jackfruit. During routine tests conducted before surgery, he tested coronavirus positive. The Indian Express reported Dr K. Sudeep, superintendent of the Pariyaram Medical College in Kannur, as saying: “Our protocol dictates that we subject everyone who require immediate surgery to the COVID-19 test, just to be sure. That is when he tested positive.”

The spread of asymptomatic cases of coronavirus has always been a point of concern for India. On April 20, the health ministry warned that 80 per cent of all coronavirus patients were asymptomatic or showed mild symptoms. "On the basis of worldwide analysis, out of 100 coronavirus patients, 80 per cent are asymptomatic or show mild symptoms. Around 15 per cent patients turn into severe cases and five percent cases turn into critical cases," said Lav Agarwal, Joint Secretary, Health and Family Welfare, at the daily press briefing.

On April 21, Raman R. Gangakhedkar, Head of Epidemiology and Communicable Diseases at Indian the ICMR, said: "[In India] Among the total coronavirus tests conducted so far, 69 per cent were asymptomatic cases and 31 per cent were symptomatic cases. Which means for one positive patients when we initiated contact tracing, on an average we found three or four asymptomatic patients," he said.

Now, a new study has estimated that at least 28 per cent of 40,184 people, who had tested positive for COVID-19 between January 22 and April 30 in India, were asymptomatic. The study was published in the journal Indian Journal of Medical Research (IJMR). Scientists have raised alarm over the findings. "However, the proportion of the asymptomatic infected people could be much more than the 28.1 per cent and this is a cause of concern for us," said Manoj Murhekar, director of the ICMR's National Institute of Epidemiology and one of the authors of the study said, reported PTI.

The study also found that proportion of positive cases was highest among symptomatic and asymptomatic contacts, two or three times higher than among those with severe acute respiratory infection, or those with an international travel history or healthcare workers. This neatly complements a detailed investigation of the cluster of SARS-CoV-2 infection among 16 Italian tourists, which found that the novel cornonavirus has a higher rate of transmission among close contacts.

The ICMR, on Saturday, ICMR, advised states to conduct sero-survey to assess the proportion of population including asymptomatic individuals exposed to coronavirus infection.

Below are a few findings from the report:

How did India conduct testing for the coronavirus?

2. Testing increased from about 250 individuals per day in the beginning of March to 50,000 per day by the end of April 2020. This represented a 200-fold increase in testing over eight weeks.

4. The testing frequency ranged from 182/ million in Manipur to 2149/million in Delhi.

Symptoms, age/gender of the COVID-19 patients

2. Around one-third of cases reported sore throat and breathlessness.

3. Gastrointestinal symptoms such as abdominal pain, nausea, vomiting and diarrhoea were reported by less than 5 per cent of cases.

Profiles of those who tested COVID-19 positive in India in the time frame:

The ICMR has advised states to conduct sero-survey to identify asymptomatic individuals exposed to coronavirus infection. A sero-survey involves testing of blood serum of a group of individuals for the presence of antibodies against that infection to know who has been infected in the past and has now recovered. People from 70 districts will be tested for COVID-19 at random to check whether they have developed antibodies against the infection even though they remained asymptomatic.

Depending upon the level of sero-prevalence of infection, appropriate public health interventions can be planned and implemented for prevention and control of the disease, the Indian Council of Medical Research (ICMR) said.

The health research body has suggested that the blood serum samples of high risk or vulnerable populations like health care workers, frontline workers, immune-compromised individuals, individuals in containment zones, police personnel among others should be tested for COVID-19 antibodies.