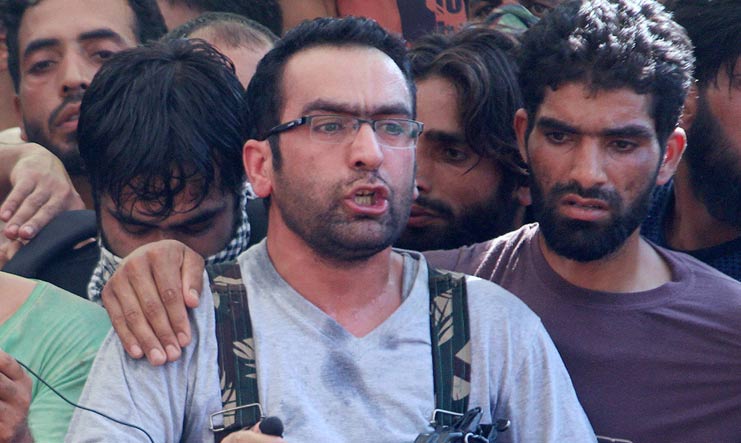 Despite the recent setbacks, Hizbul Mujahideen terror outfit is regrouping in Kashmir valley and planning to carry out large-scale multiple attacks in the region, intelligence agencies have warned. They have further said that the terror group’s target will not just be the security forces, but it also plans to carry out arm robberies.

The intelligence warning came weeks after Riyaz Naikoo, the top commander of Hizbul, was eliminated by security forces after a gun battle near his home at Beighpora in Pulwama district. Naikoo’s death was believed to be a big jolt to militancy in Kashmir.

Naikoo was the most-wanted militant commander in Kashmir and had a bounty of Rs 1.2 million on his head.

According to intelligence agencies, the terror group is now planning to avenge Naikoo’s killing. They said the outfit has been trying to mobilize innocent youth amid COVID-19 curfew in the valley.

The agencies also claimed that Hizbul militant Ashraf Moulavi has moved from Anantnag to Kishtwar to command the cadres in the area. A group of militants have also reached Kishtwar from South Kashmir.

The militants are planning to use stone pelters as human shield while carrying out terror activities, the agencies said, adding that a "possibility of managed hostage situation cannot be ruled out".

The intelligence department also warned that Pakistan had planned to attack various Indian Army posts on the Line of Control by their Battle Action Teams.

Naikoo, considered one of the most wanted terrorists in the Valley, was killed in the encounter on May 6. The intelligence agencies had dubbed Naikoo as the chief operational commander of Hizbul in Kashmir. He is a category 'A++' militant whose date of joining the agencies had put at December 2012. Reports had claimed he is a "tech-savvy" militant, capable of grabbing eyeballs.