Police immediately took the protesters into custody and whisked them away 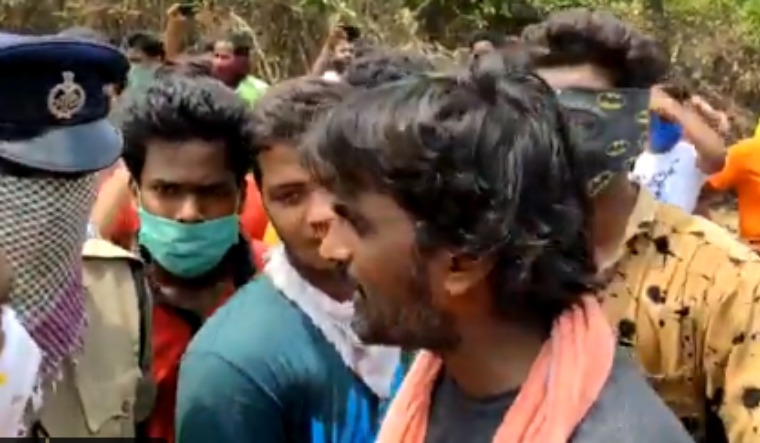 A youth arguing with police personnel in Visakhapatnam | Via Twitter

Mild tension prevailed at the LG Polymers plant at R.R. Venkatapuram village near Visakhaptnam as villagers staged a protest on Saturday demanding immediate closure of the plant.

A styrene vapour leak from the plastics manufacturing plant caused the death of 12 people on Thursday.

Tens of villagers, who were provided shelter in Visakhapatnam after the vapour leak, returned to the village on Saturday morning, raising slogans against the factory management and demanding its closure.

A large police force was present near the factory as DGP D.G. Sawang was scheduled to visit it.

The police tried to prevent the villagers from going near the LG Polymers plant, but the latter ran past them and staged a sit-in protest near the factory gate.

Police immediately took the protesters into custody and whisked them away.