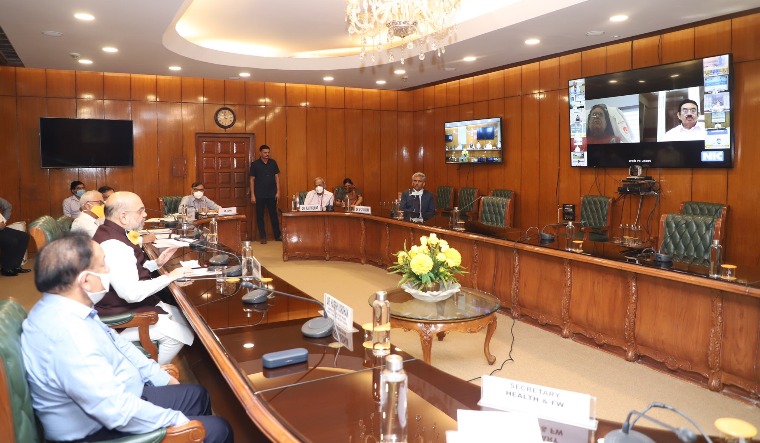 The Indian Medical Association called off its plans for symbolic nationwide protests on Wednesday and Thursday to demand a Central law to protect medical professionals from attack. The decision came after representatives of IMA met Home Minister Amit Shah.

The IMA had called for a nationwide 'white alert' protest on Wednesday, which involved doctors and medical staff lighting candles to protest against recent incidents of violence targeting health care professionals engaged in the fight against novel coronavirus. The IMA also called on doctors to wear black badges to work on Thursday.

The IMA had sought that the Central government pass an ordinance to deter such violence. The IMA had threatened further protests if the Centre did not address its demands

On Wednesday, Shah and Health Minister Harsh Vardhan interacted with the doctors and the IMA through videoconferencing. Shah appreciated their good work and assured them full security, an official said.

The home minister appealed to them to not do even a symbolic protest as the government is with the doctors, the official said.

Later Shah tweeted, "Health Minister @drharshvardhan and I interacted with doctors & representatives of IMA through videoconferencing. The way our doctors are performing their duties in these testing times is exceptional. I urge every Indian to cooperate with doctors in this fight against COVID-19," he said.

In another tweet, the home minister said, "Safety and dignity of our doctors at their workplace is non-negotiable. It is our collective responsibility to ensure conducive atmosphere for them at all times. I have assured doctors that Modi govt is committed to their cause and appealed to reconsider their proposed protest."

In a statement issued following the meeting with Shah, the IMA noted, "considering the immediate high-level response of government and solid assurance given by the home minister himself, it is decided that the white alert protest of [April] 22 and black day of [April] 23 stands withdrawn to maintain the unity and integrity of our country".

There have been reports of doctors being abused, beaten and denied entry into residences.

Families of at least two doctors, who succumbed to the novel coronavirus in Shillong and Chennai, had faced opposition while performing their last rites as the local residents claimed that burying them in their localities may lead to the spread of the infection.