‘St Corona, save us from COVID-19’: Kerala Catholics pray to little-known saint

“Saint Corona, protect us from coronavirus” 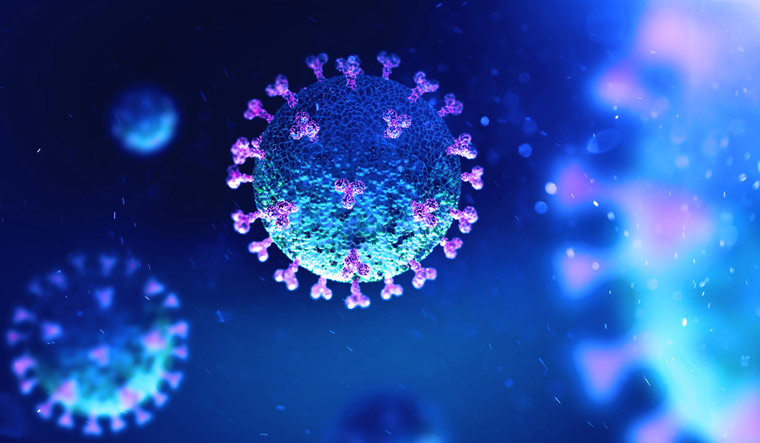 In the wake of the novel coronavirus (COVID-19) outbreak, some Catholic believers in Kerala are seeking the intervention of St Corona, who some consider to be the patron saint of epidemics, to contain the contagion.

Pictures of St Corona, along with a prayer to her in Malayalam, have been circulating widely on social media, mainly WhatsApp groups. The prayers were also written on the boards erected by believers.

“Saint Corona, protect us from coronavirus,” reads a message in Malayalam. However, church authorities and senior priests have not endorsed the prayers.

Bishop Joseph Pamplany, spokesperson for the Kerala Catholic Bishops' Conference (KCBC)—the apex body of the Catholic Bishops in the state—told Onmanorama that there was no official declaration of St Corona as the patron saint of epidemics. “She is one of the saints of the Catholic Church. But as far as I know, she has not been declared the patron of pandemics. She is not a popular saint among the believers in Kerala either,” he said.

Then why do believers increasingly seek her intervention to fight coronavirus? “It may be because of her name,” Pamplany said.

Antony Nariculam, rector at the Pontifical Seminary at Mangalapuzha in Ernakulam district, too, has not heard about St Corona's ordination as the patron saint of pandemics. “Usually, a saint is considered as the patron of something if his or her life is connected to that particular matter. In case of St Corona, there seems to be nothing more than the namesake,” he said.

Pamplany said St Sebastian is considered as the patron saint of epidemics. “St Edmund is also associated with pandemics in some parts of the world. They were believed to have saved people from the plague. The practice of attributing patronage for something to a saint may vary from region to region,” he said.

However, he cited an article published in the website of the Catholic Diocese of Lansing, Michigan, which says St Corona is one of the patron saints of pandemics.

According to the article, “Saint Corona is thought to have lived in second century Syria under Roman occupation. She was only 15 when she professed her Christian faith during the persecution (of Christians) by the Roman emperor Marcus Aurelius.”

The article stated that Saint Corona was arrested and tied by her feet to the tops of two palm trees that were bent to the ground. When the palms were let loose, she was torn apart.

It is also reported that Saint Corona is especially venerated in Austria and Bavaria as the patron saint against epidemics.

Her mortal remains are now housed in the city of Anzu in northern Italy, the epicentre of the Coronavirus outbreak in Europe. Her feast day is May 14.

The newfound interest in St Corona has triggered a debate among theologians and academics. A prominent voice among the discussions is of Candida Moss, the Edward Cadbury professor of theology at the University of Birmingham. Web portal Religion News Service has quoted Moss as saying that “You have people praying to the patron saint of treasure hunters, which seems to be against the church guidelines.” There is a St Corona, and her remains are in Anzu, a town in northern Italy, she says in the report.

A young priest in Kerala told Onmanorama that some of them had taken note of the discussions surrounding the saint following the outbreak of the virus.

“St Corona's name is included in a book on the saint of the day, which we read after supper. But there's just a mention,” he said.

He said the prayers to St Corona can be viewed as part of popular devotion. “Popular devotions are prayers originally started by believers. When they became common, they would be included in the Church's proceedings,” he said.

So, he did not rule out the possibility of St Corona emerging as the patron saint of pandemics sooner than later.

His view is similar to what Candida Moss told Religion News Service. She said “If enough people decided St Corona was the patron saint of the coronavirus, she's just going to become that.”