Details of several patients were made public, violating medical ethics and privacy 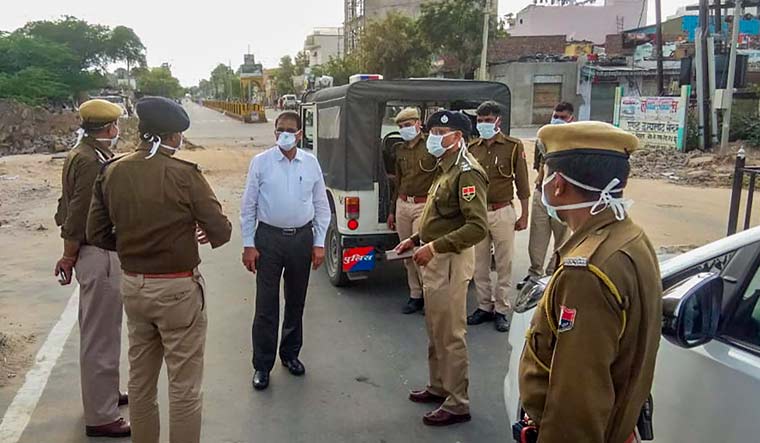 In the course of the government’s efforts to contain COVID-19 pandemic across different states in the country, an essential component of patients’ rights is being violated. On March 20, the Rajasthan government made names and addresses of COVID-19 suspects public through newspapers and social media, claiming that it will ensure effective containment of coronavirus transmission.

The names of 46 people suspected to have contracted the virus in Ajmer along with their addresses have been revealed in some local Hindi newspapers, too. Likewise, a list of home-quarantined persons in Nagpur went viral on social media groups, carrying names of over 300 people from the city who have been advised home isolation or self-quarantine. Details included the person’s name, address, mobile number, start date of quarantine as well as the police station under which jurisdiction the residents comes.

Similarly, in Delhi and Chandigarh, posters have been glued outside the homes of suspects mentioning their names, quarantine period and the number of people in the family who have been asked to remain in isolation. The posters start with ‘COVID-19: Do not visit. Home under quarantine’, and it is undersigned by the magistrate of the respective districts under which the suspects belong. Going a step ahead, the Mohali district administration has even published suspect details on its website, including the names of the suspect and his or her family members, along with their phone numbers and residential addresses. Recently, a list of suspects from Pune was also doing the rounds on social media.

“These measures are in direct violation of medical ethics and patients’ right to privacy and confidentiality. We have these lists which the district administrations of various states across the country are making public. We are afraid that this might breed wider stigma and deter people from reporting their illnesses and revealing their travel/exposure history for the fear of social intimidation. This, in turn, would make it even harder for the government to trace cases and contain the virus. Such measures can cause potential harm and distress to patients and their families in both short and long term that is even if they are certified to be infection free,” the Jan Swasthya Abhiyan, Rajasthan, said in a letter to Chief Minister Ashok Gehlot.

With the numbers of COVID-19 positive cases increasing rapidly across the country, experts say the levels of anxiety and aggression among people are also increasing. At such times, it is pertinent that patient data remains sacrosanct.

“We don't want people to lie due to the fear of stigmatization. For instance, in Sriganganagar, a district in Rajasthan they have also begun to stick these huge posters outside the homes of patients who have been asked to remain in quarantine. This is a huge violation of a patient’s privacy especially in an atmosphere where a pandemic is at the stage of turning into an epidemic. Even in the past, during the Ebola outbreak, people have faced huge repercussions when it was proved that they were infected. From being bullied to being thrown out of their jobs, to being socially secluded, the level of stigmatization is unthinkable,” says Chhaya Pachauli, a member of the Jan Swasthya Abhiyaan and director of Prayas organisation.

In some cases, say experts, it is not wrong to share information, especially if the information is essential for contact tracing. But name of the city/town, area or colony where the suspects reside, travel history, route map or list of frequented locations may be revealed.

“In order to enforce quarantine and practice social distancing so as to contain the disease the government cannot go on sharing data of COVID-19 suspects in the public domain,” said Inayat Singh Kakar, public health researcher and activist from Tata Institute of Social Sciences. “In India, we do have a social history of untouchability and at times like these, I have myself been witness to coronavirus suspects being bullied and stigmatised. They are getting hate messages from the societies in which they live and are being verbally abused for coming out as COVID-19 positive patients. This will make people stop reporting.

Dr Nimmi Rastogi, coordinator at dialogue and development commission, an advisory body for Delhi government, from New Delhi where such posters have been put up outside the homes of quarantined suspects agrees that no administrative official is supposed to disclose the identity of COVID-19 positive patients. However, she says that in the larger interest of the society for the authorities to keep a tight vigil on the quarantined suspects, it is a protocol that has been decided.

“We are stamping patients with indelible ink and are not freeing them from quarantine for 14 days even if they come out as negative initially so the stamp is also a kind of public declaration of them being suspects of COVID-19. But at this time, I believe this step is fine because we have to prevent the spread and have to make people wary of coming in contact with those suspected to be carriers of coronavirus. We have to save lives and that objective is far bigger than this stigma issue.”

“We have lists with us, which are being widely circulated with all patient details. All state governments have to come together to stop this practice, else we will never be able to contain the spread of the virus,” said Malini Aisola, an activist based in Delhi.