According to a JSA report, healthcare system inflicted secondary trauma on victims 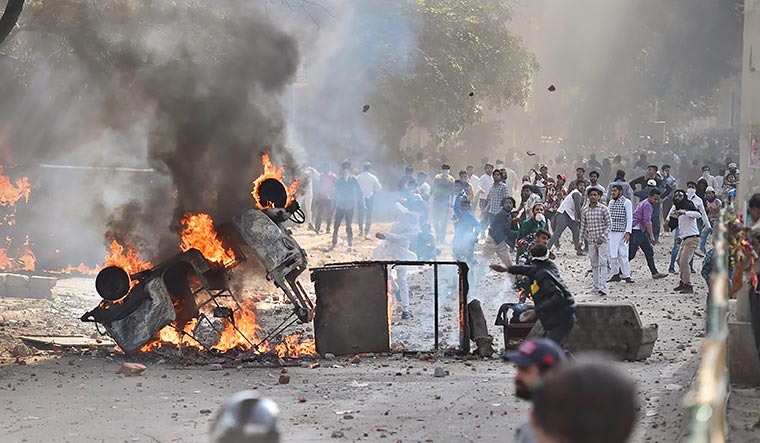 A report on the response of public healthcare system in reacting to the victims of the Delhi violence, compiled by the Jan Swasthya Abhiyan (JSA), had indicted that the system inflicted ‘secondary trauma through acts of commission and omission’.

Based on the testimonies of those who had faced violence in Delhi from the night of February 24, the report documents the challenges that were faced by victims in accessing and seeking health care in this time of violence, and the steps that the Delhi government needs to take to ensure that the system plays a constructive role in helping survivors heal from trauma and get justice.

Accessibility to health services was hampered by a sense of insecurity and fear of state institutions. The report notes, “The fear of state institutions extends to ambulances with families reporting that they are reluctant to call on 102 for government ambulances and instead feel safer accessing private/ charitable hospitals using private vehicles or auto rickshaws”.

On the quality of treatment provided to victims, the report revealed negligent care, denial of care, communal remarks by health professionals and disregard for safety of patients. The testimony notes, “A volunteer at a shelter, who had been accompanying victims to seek care, reported that doctors at casualty had asked some victims the full form of NRC and CAA. It is disturbing to see that health professionals are using this to shame patients in casualty, who have suffered grave violence”.

In terms of information and support to families of victims, the report says not only were families denied information on whether their relatives had been treated, they were also subjected to remarks such as, “Why don’t you only come and treat your relative? Are you the doctor or I?” In one testimony, a family, after being subjected to such remarks, came to know later that the relative had already died and was in the mortuary. Besides, the system did not provide any help for identifying missing persons.

On the issue of medico legal documentation (MLD) and autopsy, the report found that the patient load had, in many cases, led to complete absence of any documentation, and patients/relatives had no access to their records and documentation was incomplete. “....we saw at least three cases of deceased in which the families had just been given one document from the police which was required for burial. Other than that, no record of injuries or treatment were given to families. When they asked for it, they were told that they can only access them from the police, after two weeks” notes the report.

The violence had also disrupted health care in communities. As families fled their localities due to fear of violence, they lived with relatives, friends and Good Samaritans in safer areas in crowded conditions. The report notes that in Shiv Vihar “one of the most affected areas from where maximum displacement of people has happened....the primary health centre of the government has been lying shut since violence broke out on Monday and even basic services are not available.”

The report also points to some positive examples. “In LNJP hospital, two doctors intervened when a patient without an MLC (medico-legal case) number was being sent back and asked the police why they should not offer care.... Given the great sense of insecurity in sites where fresh conflict had broken out, it was a small private hospital—Al Hind—that provided first response medical care”.

The report concludes with 10 immediate demands that must be met to ensure better access to health services. Among these are: Station hospital liaisons in all government hospitals attending to injured persons to intervene if they or their families are facing issues in accessing care or treatment records; written orders to public and private hospitals to ensure injured people are not denied care or treatment records including MLC number; availability of autopsy reports to next of kin; setting up of a toll-free number so that people can report instances of denial for treatment/admission for quick and appropriate action; the Delhi government to send teams of people consisting of representatives of health rights groups to visit all affected areas and identify responses needed from the health system, designate mobile vans for affected areas, and assignment of a team of medics and paramedics to provide healthcare outreach and referral services to injured people.

The Jan Swasthya Abhiyan (JSA) is a coalition of 18 national networks that forms the Indian regional circle of the global People’s Health Movement. It serves as a national platform that co-ordinates activities and actions on health and health care across the country.