Karandlaje calls for probe on people from Kerala visiting Karnataka 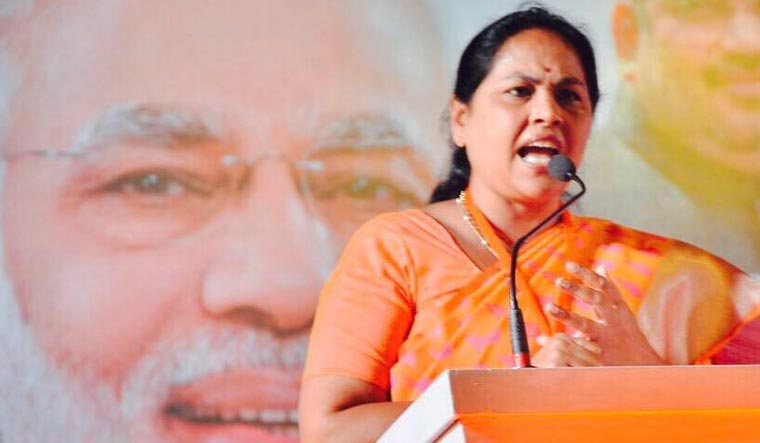 Speaking to the media in Chikmagalur, Karandlaje said that people travelling outside Kerala should undergo thorough background checks. She added that Karnataka police must monitor vehicles coming in from Kerala and ensure that people also furnish reasons for their travel into the state. “These people are not just coming for tours. A thorough investigation is needed to know why their number has increased suddenly.”

This is not the first time that the MP from the Udupi-Chikmagalur Lok Sabha constituency has created unnecessary controversies regarding Kerala. Last month, Karandlaje alleged that Hindu families in Kuttippuram in Malappuram district were denied drinking water as they supported the contentious Citizenship Amendment Act. The Kuttippuram police had taken note of her tweet and booked a case under section 153A against Karandlaje for promoting religious enmity.

Karandlaje had also alleged that several people of Kerala were involved in the violent protests against the CAA in Mangaluru.