The accused, who are from her maiden village, suspected her of helping a girl elope 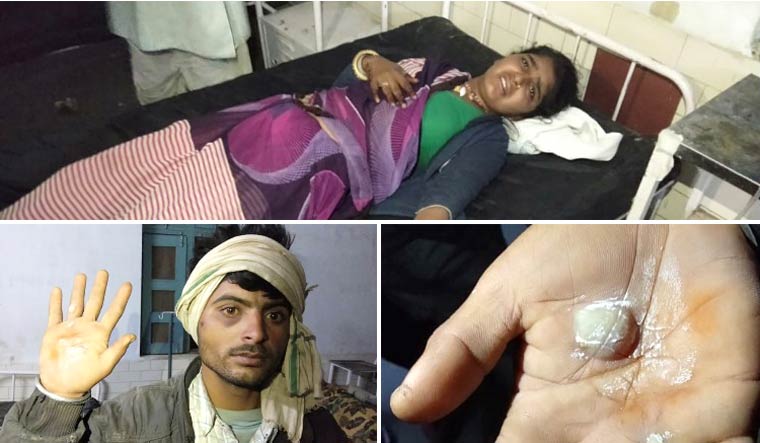 A pregnant woman and her maternal uncle from Rajgarh district in Madhya Pradesh were allegedly abducted, taken to her maiden village in neighbouring Jhalawar district of Rajasthan, tied up inside a dried-up well and beaten up on Friday.

The woman, Mangu Bai, 21, a resident of Bor ka Pani village in Khilchipur of Rajgarh district, who was three-months pregnant, also allegedly had a miscarriage due to the assault, though this has not yet been confirmed by the police.

The accused persons, distant relatives of the woman Mangu, suspected that she had helped a girl from their family elope with a boy from Amarpura village in Rajgarh, police have said.

Mangu’s maternal uncle Keval Singh, also resident of Rajgarh district (Bhojpur village) and mother Dhapu Bai, a resident of Mujkapura under Bhalta police station in Jhalawar district, were also tied up in the well and beaten up by the accused, the victims have told the police.

Also, Keval was made to take oath with burning embers on his hand, leading to burn injuries on his palm. Separate cases have been registered at Bhojpur police station and Khilchipur police station on complaints of Keval Singh and Mangu Bai respectively on Saturday.

Sub-divisional officer of police (SDOP) of Khilchipur, Nisha Reddy, confirmed to The WEEK that cases had been registered. She said that the accused persons suspected that Mangu had helped their daughter elope with a boy from Amarpura. They also thought Keval Singh to be complicit in the act.

“The accused took the two back to Mujkapura (Mangu’s maiden village) in Rajasthan and allegedly beat them up. There is no report about any miscarriage yet, but we would get the medical check-up of the woman done it would be clear then. She has been admitted to Khilchipur hospital for treatment. Further investigations are on,” the SDOP said.

Meanwhile, Mangu and her family members told the local mediapersons in Rajgarh that Mangu, Dhapu Bai and Keval were hanged in the dried well and beaten and that Mangu had suffered miscarriage due to the assault. The Bhalta police in Jhalawar rescued the three, after which they came back to Rajgarh to lodge their complaints.

Meanwhile, the accused persons, named Mohan Singh, Manohar Singh, Ishwar Singh, Kalu Singh and two named Mangilal, have registered counter case against Mangu at Bhalta police station, sources said. There has been no trace of the girl who is supposed to have eloped, sources added.