'They'll rape your daughters, Modi won't save you': BJP MP on Shaheen Bagh

Parvesh Verma had said if BJP won, Shaheen Bagh protesters would be cleared in 1 hour 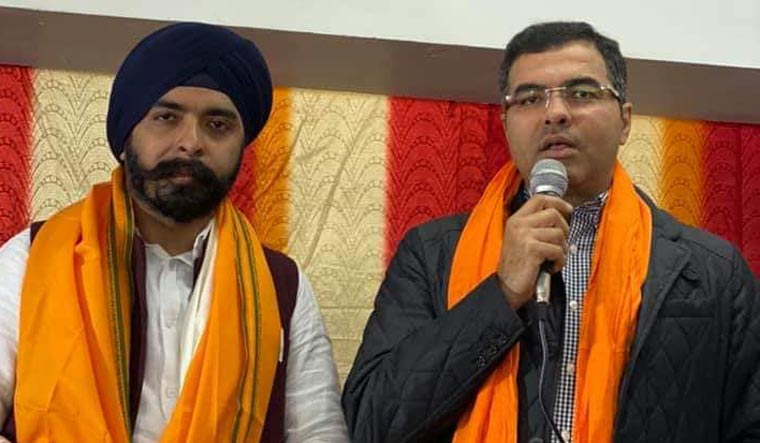 Social media and political parties have been criticising the incendiary slogans against "traitors" raised by Union Minister Anurag Thakur at an election rally in Delhi on Monday, but another BJP MP appears to have taken fear-mongering to a whole new level.

Parvesh Sahib Singh Verma, the MP for West Delhi constituency, told in an interview that the "fire" that started in Kashmir has arrived in a corner of Delhi. Parvesh Verma appeared to be alluding to Islamic extremism. In the interview to ANI, a clip of which was released on Tuesday morning, Parvesh Verma was asked about the ongoing protests against the Citizenship (Amendment) Act at Shaheen Bagh.

Parvesh Verma claimed that Delhi Chief Minister Arvind Kejriwal had supported the protests at Shaheen Bagh. Parvesh Verma declared, "The people of Delhi know the fire that began in Kashmir some years ago had led to the rapes of sisters and daughters of Kashmiri Pandits." Parvesh Verma continued, "This fire then singed Uttar Pradesh, Hyderabad and Kerala... Now that fire has come to a corner of Delhi."

Parvesh Verma claimed "lakhs were gathering there", in an apparent reference to Shaheen Bagh. "This fire can reach our homes at any time... People in Delhi have to take a decision thoughtfully (on who to vote for)... These people can enter your homes. They will take your sisters and daughters, rape them and kill them,” he alleged.

Parvesh Verma has maintained a tough line on Shaheen Bagh. Speaking at an election rally in Ranhoula village in Vikaspuri constituency on Monday, Parvesh Verma claimed, "If the BJP comes to power in Delhi on February 11, we will clear Shaheen Bagh of all protest and protesters within one hour." Parvesh Verma added that if the BJP came to power, all the existing mosques built on government land will be demolished in a month.

Earlier in the election campaign, Parvesh Verma tweeted, “The government land on which religious places are constructed will be vacated after BJP forms government in Delhi. Complaints have come regarding more than 54 mosques and madrassas on government land in Delhi.”

Last year, Verma had written to Lt Governor Anil Baijal seeking action against mosques and graveyards allegedly constructed on government land. He had also furnished a list of 50 such encroachments to the L-G for action. Taking note of Verma's claim, the Delhi Minorities Commission formed a fact-finding committee that termed his claim as "false" after probing records of 68 mosques, graveyards, madrassas and imambaras in the city.

Parvesh Verma is a second-term MP; he won from West Delhi in 2014 also. He is the son of Sahib Singh Verma, the late BJP chief minister of Delhi.