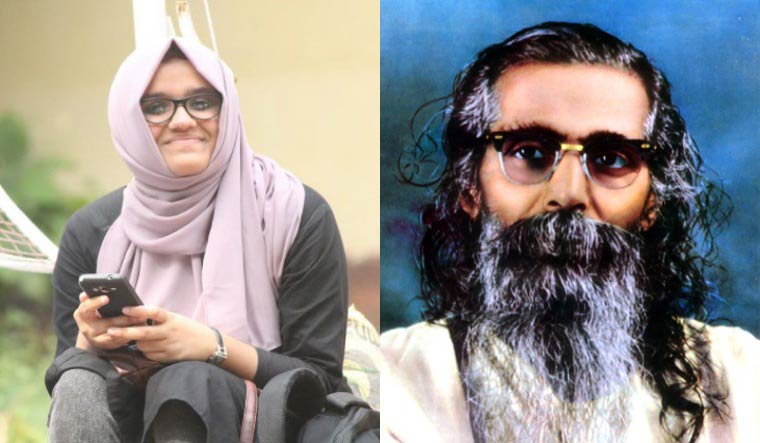 A collage of Aysha Renna (Archive) and M.S. Golwalkar (Via Wikimedia Commons)

Aysha Renna, a history student at Jamia Millia Islamia, has become prominent in protests against the Citizenship (Amendment) Act in the past month. Renna was one of the 'faces' of the protest at Jamia Millia Islamia on December 15 when police entered the university campus. Images of Renna shouting slogans and shielding a fellow student from being beaten had gone viral.

Bunch of Thoughts is the name of a popular book written by M.S. Golwalkar in 1966. Golwalkar was the second Sarsangchalak (head) of the RSS and Bunch of Thoughts is considered one of the most influential books to those professing Hindutva. Historian Ramachandra Guha had written in The Telegraph in 2016 "Bunch of Thoughts is... to the Hindutvawadi what the Bible is to devout Christians, the Koran to devout Muslims and the Communist Manifesto to practising Marxists, namely, their Holy Book, whose arguments influence their behaviour."

Renna had said in Mumbai on Tuesday "everyone is eagerly waiting for the Supreme Court verdict on the pleas against CAA, which will set the course for further action".

This is not the first time Renna has courted controversy. In late December, Renna was heckled at a protest meet in Malappuram by supporters of the CPI(M) after she criticised Kerala Chief Minister Pinarayi Vijayan over the arrests of people during a shutdown against the Citizenship (Amendment) Act in the state.

On January 19, Renna was in Ahmedabad to address an event against the Citizenship (Amendment) Act.