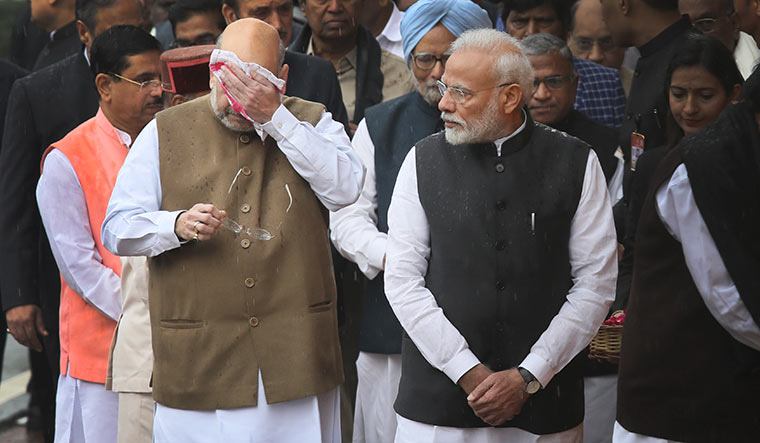 Quite often, vocal detractors of the ruling dispensation at the Centre get a collective tag—Urban naxals, anti-nationals, tukde tukde gang and libtards, to name a few. Some of them wear these tags proudly as badge of honour. “They call us members of the tukde tukde gang. I am standing here on the road, without covering my face, and admitting that yes I am from the tukde tukde gang," former president of the Jawaharlal Nehru University Students’ Union (JNUSU) Kanhaiya Kumar had said during the agitation against the violence unleashed on the students in JNU campus.

The term tukde tukde gang, which can be loosely translated as a gang of people out to divide India, reportedly began to find place in the rhetoric of the saffron party during the agitation by JNU students in 2016. The term stuck on, with the internet warriors of the right-wing only too eager to brand anyone whose views don't align with theirs as members of this gang.

Earlier, Prime Minister Narendra Modi too appeared to believe in the existence of such a gang when he said, “Desh ko tukde tukde karne wale ke sath Congress khadi hai," during an election rally in in May, 2019.

However, according to the home ministry, such a gang does not exist. Replying to an RTI filed by Saket Gokhale, the home ministry said "Ministry of home affairs has no information concerning tukde-tukde gang."

According to an Economic Times report, an RTI filed before the Union home ministry sought to know, "What is the origin of tukde tukde gang? Why it is not banned under Unlawful Activities Prevention Act (UAPA)? Who are its members?”

Tweeting the response that he received from the home ministry, Gokhale wrote: “The "tukde tukde gang" does not officially exist & is merely a figment of Amit Shah's imagination.”

The Home Ministry has responded to my RTI saying:

"Ministry of Home Affairs has no information concerning tukde-tukde gang."

The "tukde tukde gang" does not officially exist & is merely a figment of Amit Shah's imagination. pic.twitter.com/yaUGjrqI4f