Ramdev had criticised the atheist approach of Periyar and his followers 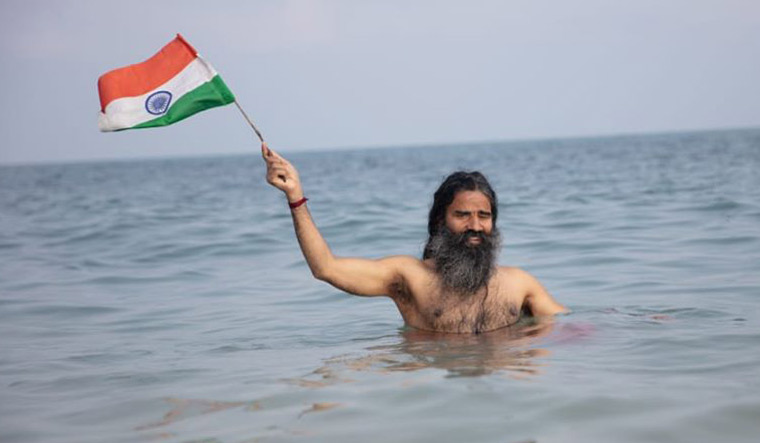 Yoga guru Baba Ramdev and his retail brand Patanjali have been subjected to boycott calls on social media since last weekend after a video of him criticising followers of E.V. Ramasamy Naicker (popularly known as Periyar) and B.R. Ambedkar went viral.

The video of Ramdev's interview with Republic Bharat channel editor-in-chief Arnab Goswami had aired on November 11. But by November 15, social media users highlighted portions of Ramdev's comments that described followers of Ambedkar and Periyar as "intellectual terrorists".

Ramdev had criticised the atheist approach of Periyar and his followers, calling its antithetical to the Indian ethos. Ramdev claimed "Periyar followers say that people who follow gods are fools, those who worship him are miscreants, and that God is the devil."

While describing himself as a supporter of Ambedkar for insisting on equality before law, Ramdev criticised his followers for insisting that dalits and tribals were the original inhabitants of India.

Several social media users also demanded an apology from Ramdev for his comments on followers of Ambedkar and Periyar.

Despite the negative campaigns on Twitter, Ramdev was apparently unfazed. On Sunday, Ramdev took to Twitter to declare, "All patriots should be ready to pay any price to oppose intellectual terrorism." Ramdev also described AIMIM MP Asaduddin Owaisi as a "traitor" and said it was patriotic to oppose those like him who spread a negative mindset.

Speaking in Mangaluru on Moday, Ramdev found fault with Periyar's criticism of Brahmins as being behind all the faults of Indian society. "It is not right to make Brahmins responsible for all the faults in society. To say all traditions are Brahminical is wrong," Ramdev was quoted as saying by The Hindu.

Ramdev claimed he opposed Periyar "logically" for the latter's claim that the "Ramayana, the Mahabharata, Lord Ram and Lord Krishna were false".

Ramdev also referred to the views of followers of Ambedkar. “But the followers of Ambedkar believe that only dalits, tribal people and Other Backward Classes are the original inhabitants of the country and that Brahmins, Kshatriyas and Vaishyas have come from outside. This is intellectual terrorism... their method is only intended to create differences and disunity in the country,” Ramdev declared.