Was he a secular ruler or a religious bigot? 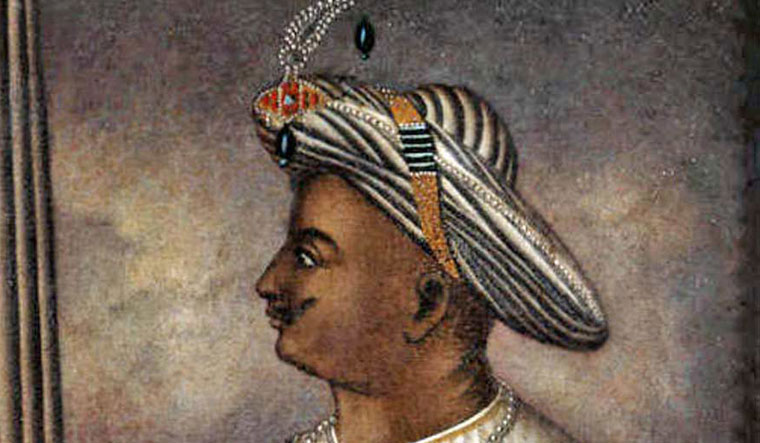 Soon after coming to power in Karnataka, the BJP government scrapped the celebration of Tipu Sultan's birth anniversary. The party had been opposing the annual event since it was started by the Siddaramaiah's Congress government in 2015. Recently, a BJP MLA from Kodagu had demanded removal of a lesson on Tipu Sultan from school textbooks, following which the government formed a committee to look into it and submit a report. BJP and right-wing organisations have been strongly opposing Tipu Sultan, calling the erstwhile Mysore king a "religious bigot". He was killed in May 1799 while defending his fort at Srirangapatna against the British forces.

"It should not look like the decision was taken arbitrarily," the bench observed, adding that it felt that the state took the decision without considering the reasons mentioned in the previous decisions to celebrate Tipu Jayanti. The state government told the court that it had not banned private celebrations. Noting this, the court directed the government to provide protection to such celebrations and ensure peace.

Was Tipu Sultan a bigot or a patriot? Historians are divided. Many claim he is a misunderstood figure. Kannada writer Ko. Channabasappa, in his book, has sourced pictures of gold and silver articles donated to Sringeri Sharada temple, Sri Ranganatha Temple and Nanjangud temple by Tipu, to prove Tipu’s secular credentials.

But, he is considered a controversial figure in Kodagu district as the Kodavas (Coorgis), a martial race, believe thousands of their men and women were seized and held captive during his occupation and subjected to torture, death and forcible conversion to Islam. However, Kuvenda Hamsathulla, editor of Kittale Nadu and a member of Kodava Muslim Association, argues his ancestors were not victims of forced conversions. “There are great writers in favour of Tipu including secular Kodava writers—like Lt Col Ponnappa and Dr Durgaprasad. Every ruler committed unsavoury acts. The anti-Tipu writers cite state gazetteers written by the British, who were always opposed to Tipu. Now, many Hindus converted to Islam inspired by Sufi cult. Like wise, we believe Kodava Mapillais are perhaps those Kodavas who embraced Islam inspired by Tipu. The massacres at Devatti Parambh are baseless. The communal groups have fabricated stories about forced conversions and massacre by Tipu to polarise Kodagu."

He was also accused of execution of Mandyam Iyengars in the temple town of Melkote in Mandya district on the day of Diwali as they supported the then Maharaja of Mysuru. However, the scale of such suppression is disputed by several historians, who see Tipu Sultan as a secular and modern ruler who took on the might of the British. A few Kannada outfits also call Tipu Sultan "anti-Kannada", alleging that he had promoted Persian at the cost of the local language.

The Kodavas contend that the government is mocking their sentiment by propping Tipu as a hero, though he has massacred thousands of Kodavas. Subsequent governments have failed to honour the Kodava demand for celebrating their heroes, Field Marshal Cariappa and General Thimaiah, they rue. The Canara Catholics (Konkani) community alleged that Tipu carried out mass (forced) conversions and committed atrocities against their men, women and children suspecting that they supported the British.