Modi-Xi informal summit: Why Mahabalipuram was chosen as venue 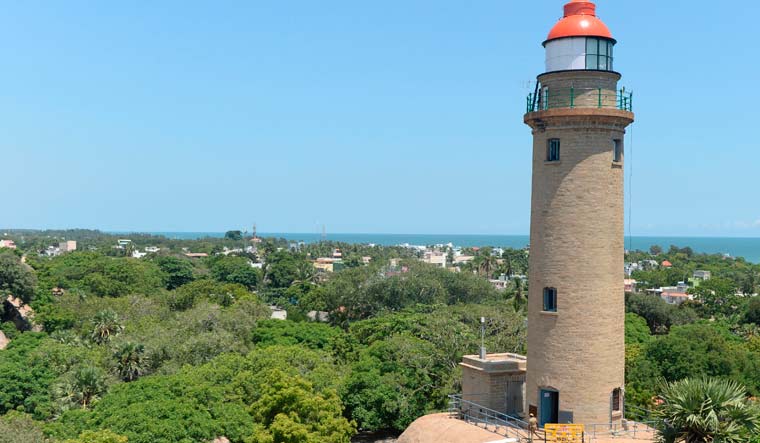 The Lighthouse monument in Mahabalipuram | AFP

External Affairs Minister S. Jaishankar had promised that the spirit of the second informal summit between Prime Minister Narendra Modi and Chinese President Xi Jingping could be considerably warmer than Wuhan, given the venue of the meeting. The choice of Mahabalipuram (also known as Mamallapuram) as the venue, however, was not decided by the warmth of the coastal locale alone.

The Modi government did a lot of thinking before finalising Mahabalipuram as the venue. It was clear that the venue of the second informal summit had to be outside Delhi, given Modi's inclination to showcase other Indian cities to foreign dignitaries (Varanasi for Shinzo Abe, Bengaluru for Angela Merkel and Ahmedabad for Xi on a previous visit). China, too, hosted the first informal summit outside of Beijing.

Tamil Nadu has historical links with China. The Chinese traveller Huien Tsang visited the region during the rule of the Pallava dynasty (these kings also built the famous Shore Temple, now a World Heritage Site and the backdrop for the summit). It is also said that Bodhidharma, who is credited with taking Zen Buddhism to China, travelled from the Tamil Nadu coast to Guangzhou. Most importantly, Xi was earlier governor of Fujian, a province to the south-east of China's mainland and a region that had intense cultural exchanges with Tamil Nadu.

The Shore Temple complex of Mahabalipuram will therefore be the scenic backdrop against which Modi will receive Xi for an intense cultural and tourism immersion on October 11. Xi will be arriving on the afternoon of October 11, straight from his engagements with Pakistan Prime Minister Imran Khan, who is visiting Beijing. Kalakshetra artists will perform for the cultural evening.

For the more formal discussions on the next day, Modi and Xi will move to the famous Fishermen's Cove on the picturesque East Coast Road. The property, incidentally, was one of those areas that were badly hit by the 2004 tsunami. Jaishankar and National Security Adviser Ajit Doval will be accompanying Modi, and there will be talks with their Chinese counterparts even as Modi and Xi walk their talk.

Unlike meetings with leaders of Japan and Russia, with whom India has structured annual summits, this will be an informal event, with no MoUs or joint statements at the end. The Modi-Xi talks, say government sources, will cover a wide range of topics, from those of national concern to the developments in the world and from terrorism to regional issues. Bilateral trade is likely to be an important discussion point, with the trade deficit still a sore point with India.

There is not likely to be any discussion on the abrogation of Article 370, which India maintains to be a sovereign issue, though if the Chinese side raises it, India will again explain its stated position. Sources said that the alternative perceptions of the boundary between India and China in the Ladakh region have not changed.

Modi and Xi will, however, have a lot to talk about. They will talk on global politics, defence and security, and also peace and security between the two countries. While the two nations have a host of confidence-building measures (CBM) many of them are of the 90s vintage, and perhaps the leaders might decide to have additional CBMs in tune with the new technological advances. India and China will be having their annual bilateral counter-terror exercise in December.

With 2020 being the 70th anniversary of the establishment of bilateral relations between India and China, there will much discussion on how to take forward people-to-people relations. Sources say that the two sides have already made advanced plans of the events and celebrations to commemorate the anniversary.

The Mahabalipuram meet will be the sixth time the leaders are meeting since Wuhan. In another fortnight, Modi and Xi are scheduled to meet again at the East Asia Summit in Thailand.