Kashmir: Higher secondary schools reopen, but only teachers show up 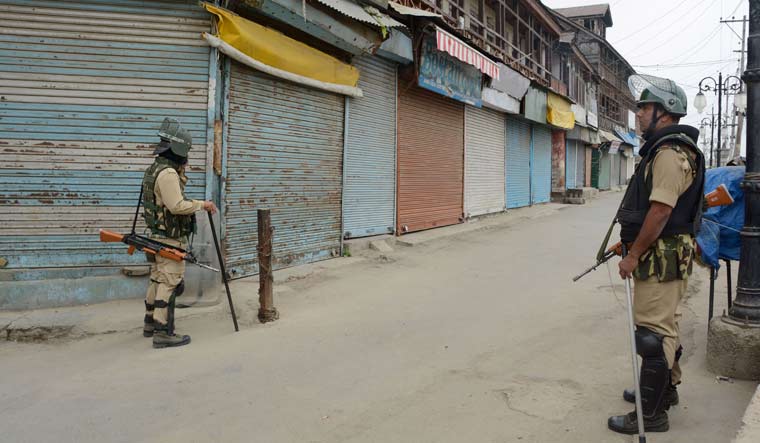 The Jammu and Kashmir government’s decision to reopen higher secondary schools on Thursday has proved a non-starter in Srinagar as hardly any students showed up at various institutions in the city.

After the revocation of Article 370, schools, colleges and universities have remained shut across Kashmir.

The resumption of normal work in educational institutions is at the heart of the government’s plan to restore normalcy in Kashmir.

Earlier, the government had thrown open primary schools, but only the staff turned up.

Most parents in Kashmir have desisted from sending their kids to school due to the fear of violence. The absence from attending schools is also being seen as being part of the civil disobedience movement against the abrogation of Article 370 by the BJP-led Central government on August 5.

The staff at SP Higher Secondary School at M.A. Road in Srinagar told THE WEEK that out of 1,100 students, only a handful of children met their teachers and left.

SP Higher Secondary School, which is one of the premier institutes of Srinagar, had been taken over by the CRPF.

“All the 24 classes and a hall have been occupied by 600 CRPF men,” a teacher told THE WEEK. “They have also taken all bathrooms except one.” The CRPF had built bunkers inside the campus and at the entrance to the school, and the school resembled a fortified CRPF camp.

Another teacher said because of the CRPF only one toilet is available for a staff of 80. “We have left that for the use of female staff,” an employee.

A female teacher told THE WEEK it was difficult for them to move around in the campus, given the huge presence of the CRPF.

“They take bath in the open and roam around with only towels strapped around their waists,” she said.

A few students arrived when THE WEEK was talking to some of the teachers. One of them said he had come to see whether other students are also attending.

“Only three students have turned up,” he said. “We spoke to some teachers and discussed what we need to study at home in view of the impending exams.”

The CRPF also raised a small bunker in the lawn of the school where students would normally sit in their free time. A CRPF official said the force was doing its duty. He said those students who want to study come and meet their teachers regularly.

“Those who want to pass without examinations want that the school should stay shut,” he said.

In the adjacent women’s college, most staff were present, but very few students had showed up.

The story was the same in the Boys Higher Secondary School at Jawahar Nagar. Most teaching and administrative staff had arrived well on time, but the classes were empty. Nighat Parveen, principal of the school, told THE WEEK they were hoping the students would have classes today but none had come.

“We want the students to return to classes,” Parveen said, adding, “We are now considering reaching out to as many students as possible through landlines and personal contacts.”

A kilometre away, Mehmooda Kachroo, principal of the Girls Higher Secondary School at Rajbagh, said most of the staff were attending school regularly and were prepared to help the students in whichever way they wanted, but only if they showed up.